After Ivanka Trump told CBS’ Gayle King that she didn’t know “what it means to be complicit,” Merriam-Webster took up the case.

“‘Complicit’ is trending,” the dictionary tweeted after the interview, along with the definition — “helping to commit a crime or do wrong in some way” — of the word. It’s a term critics have used to describe the first daughter who is now an official senior adviser to her father, President Donald Trump.

It wasn’t the first time Merriam-Webster entered the political fray. In February, after Kellyanne Conway said she didn’t call herself a feminist because she wasn’t “anti-male” or “pro-abortion,” the dictionary tweeted the definition of feminism. And, last year, the dictionary joked that “unpresidented” wasn’t its word of the day after President Trump apparently misspelled “unprecedented” in a tweet. The posts have given the dictionary newfound social media fame, and some have even labelled it an “internet troll” (which, for the record, has its own entry in Merriam-Webster’s dictionary.)

The woman at the helm of Merriam-Webster’s social operation is Lauren Naturale, the brand’s content and social media manager. But, according to chief digital officer and publisher Lisa Schneider, the account’s voice was inspired by conversations the team had in its office. “We have the smartest, quickest, funniest team I’ve ever had the privilege of working with, and I laugh and learn things every day here,” Schneider told Motto. “Our social media voice works because it’s not a marketing construct, it’s who we really are.”

The team decides what to tweet about by monitoring data about which words people are looking up. Naturale and her co-workers then make use of a feature that shows if a word is being looked up at a particularly high or unusual rate, which Naturale says has been the catalyst for many Trump-related social posts.

“Trump is the subject of enormous interest and news attention, and our data reflects that,” Schneider said. “Part of the dictionary’s role has always been to call balls and strikes for questions of spelling and meaning, but looking at these tweets as trying to “school” public figures obscures a more interesting and profound story: we are reporting that a certain public figure’s use of language provoked the curiosity of many Americans, and sent them to the dictionary for information about the nuances of spelling, meaning or usage.”

“The response has been overwhelmingly positive — we’ve heard from a number of people that they were subscribing to our Unabridged dictionary, or getting our app, or running out to buy a physical book, and we’re starting to get tweets from celebrities I never thought would notice us,” Naturale said. “It’s exciting.”

Naturale says her favorite tweets she’s sent so far include the dictionary’s response to the memes responding to Trump’s “bad hombres” comment at a presidential debate (“because it’s ridiculous”) and a clapback to those who criticized the dictionary for its entry on the word “genderqueer” (“because it basically explains how the dictionary works.”)

Ultimately, Naturale hopes to use the account to highlight the interesting quirks of the English language. “We could use our social channels to make fun of people who say irregardless and order people around all day … but we’d be denying what we actually know about language,” Nautrale said. “It changes. And it doesn’t belong to your high school English teacher, or Noah Webster, or to some lexicographer in Springfield; it belongs to everyone.” 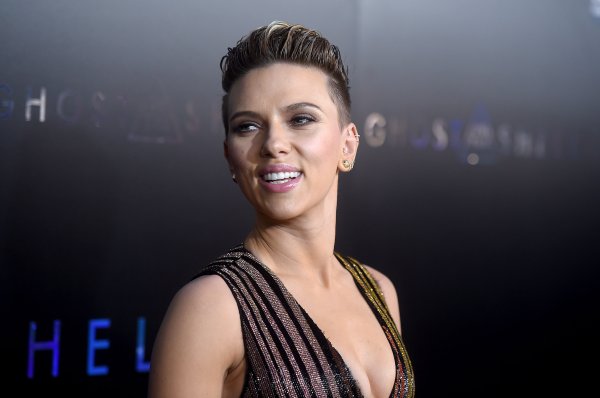