Syrian President Bashar Assad Has Been the Main Villain in Syria for a Long, Long Time

President Trump declared Wednesday that after seeing images of children killed by a chemical attack in northern Syria, he can no longer support the country’s president, Bashar Assad. “My attitude toward Syria and Assad has changed very much,” Trump said.

That is a good thing. Here’s why:

So why do people associate atrocities in Syria with ISIS? The answer comes from Nicolas Henin, a French journalist who was imprisoned by ISIS for 10 months. Henin shared a cell with James Foley and Steven Sotloff, who were both killed by ISIS militants in graphic videos. After Henin was released, he wrote a book urging the world to unite against…Assad.

Of ISIS, Henin told TIME last year: “They need to advertise their violence. It contributes to their plan…this super-legend that they are the super-bad guys.”

“On the other hand,” he continued, “you have the regime, which doesn’t need to advertise. The Syrians know well what this regime is capable of, and that’s enough. They will massacre in much bigger numbers, but in silence, because they don’t know want to be taken to the International Criminal Court.” 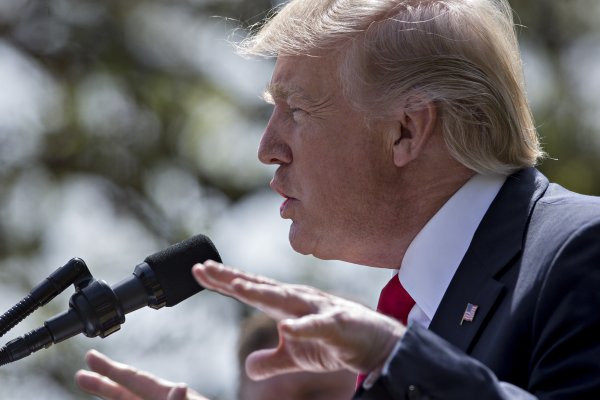 Russia to Trump: Put Up or Shut Up on Syria
Next Up: Editor's Pick