Review: This Retro Console Is the Best Way to Relive Nintendo's Glory Days

The Analogue Nt mini is in some ways the opposite of what you’d expect from an attempt to replicate the experience of playing a 1980s-era 8-bit Nintendo Entertainment System.

For starters, it feels biggish despite its “mini” moniker (and that’s after a 20% size reduction from the original Analogue Nt), a weighty beveled hunk of anodized aluminum that’s only a few inches smaller in any dimension than the original dishwater-gray NES chassis itself. It can play over 2,000 NES or Famicom games, but arrives with none of them, a blank canvas into which buyers must thrust physical cartridges—either chased down off auction or collector sites, or purchased as part of motley anthologies that may seem like deals (at $40 to $50 a pop), but which support just one game save at a time. And it is the opposite of price-progressive, running $449 when Nintendo’s own NES Classic Mini lists for just $59. (Though good luck finding the latter for less than thrice that figure just now.)

But to obsess over those points misses the more salient ones. The Nt mini’s handsome optionally silver or black chassis with four controller ports is larger than the adorably pint-sized but plasticky NES Classic Mini because it has to house the original NES’s roughly 5-inch tall by 5-inch wide by 1-inch deep cartridges. It ships with no internal games (where the NES Classic Mini comes with 30) because it assumes its enthusiast audience already owns them and wants an authentic, top-loading, “blow on the pins” experience. And it is expensive because it comes with every other feature and interconnection point I can imagine an NES purist wanting (and plenty I’d wager they haven’t thought of), including an artful approach to reverse-engineering the NES that sits at the frontier of retro-modeling.

The latter may be the Nt mini’s smartest trick. The concept for the original Nt was fascinating but inherently awkward, depending on cannibalized parts from actual NES systems, which Analogue repurposed to physically recreate the NES. The Nt mini, by contrast, trades the inefficiencies of that unwieldy Dr. Frankenstein strategy for something called a Field Programmable Gate Array, or FPGA. The upshot is a system that is paradoxically both pliable and purist.

FPGA is essentially geek-speak for chips you can instruct to behave like other chips at the hardware layer, allowing you to simulate something like the NES’s logic gates and switches at ground level. And though that sounds suspiciously like emulation (and in a semantic sense, arguably is), FPGA systems eliminate the sort of latency and fidelity issues that can plague true software emulators. One of the Nt mini’s boasts is thus 100% compatibility, including full support for all NES or Famicom peripherals, making it for all intents and purposes a replica, region-free NES-slash-Famicom. I can’t vouch for that boast—who could, against a game library in the thousands? But the rationale is sound, and Analogue says its engineer, a longtime NES mod wizard, logged over 5,000 hours reengineering the NES “for absolute accuracy.”

Another argument for systems like the Nt mini is that they let you play these games with razor-sharp 1080p graphics, then fiddle with post-processing options that simulate effects like tube TV scan lines. Better still, the Nt mini includes both digital HDMI and analog RGB outputs, meaning you can plug it directly into modern high-definition TVs or old-school CRTs (an HDMI cable is included, but you’ll need to bring your own analog cables). The original Nt forced buyers to choose one or the other. And the enhanced game audio sounded incredible on the handful of games I tested, outputting faultlessly at 48KHz, 16-bit stereo.

The Nt mini ships with a high quality replica 8Bitdo NES controller that includes a wireless receiver designed for lag-free play. Tap down on the d-pad while pressing the Select button and you’ll conjure a barebones text-driven overlay that lets you enter cheat codes, tweak audiovisual settings galore or fiddle with ridiculously geeky fine points like the number of sprites per scan line (to mitigate flicker), the LED power light’s hue, the decibel levels of game audio broken into discrete waveforms, and whether the system boots straight to cartridge or summons the menu. It’s like being handed the keys to a fantastical, fastidiously retro laboratory.

A few minor issues worth noting: You can’t place the Nt mini in a 5-6 inch cabinet space, because the games are top-loading, thus in my setup, it has to sit atop the cabinet, beside my 4K TV. The single USB port on my review unit (which I used to charge the NES controller) has also been obnoxiously tight, raising concerns about breaking the cable each time I struggle to detach it.

And I was going to say something about a weird thing that happens when playing Ultima: Exodus (one of my favorite NES games, along with Faxanadu, both kindly provided by Analogue to test) where screen-scrolling conjures visual glitches around the screen edges…until I checked an authentic NES let’s play video, which had the identical issue. My high schooler’s memory of Origin and FCI’s fantasy escapade as visually seamless is clearly unreliable, whereas the Nt mini gets it scrupulously right—including when an NES game gets something like this wrong.

No, you don’t need an Nt mini if all you want is to chase 8-bit gaming’s halcyon days for a few hours here and there. Wait for Nintendo to solve its NES Classic Mini supply problems and save yourself nearly $400. But if you’re after the most authentic possible experience of a platform that revitalized an entire industry (or, as Analogue aptly puts it, “the definitive way to explore an entire era of Nintendo’s history”), there is at the moment no finer, more flexible and future-proofed approach. 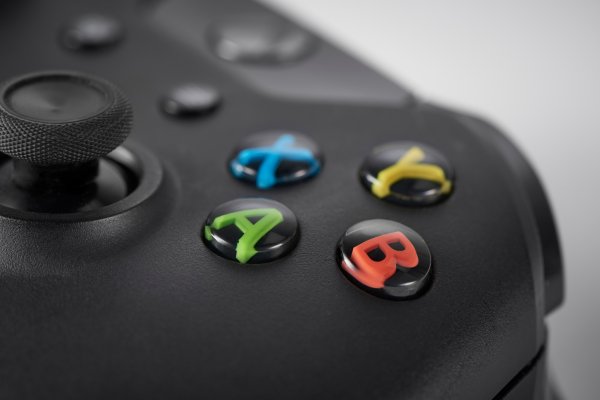 Everything We Just Learned About Microsoft’s Xbox Scorpio
Next Up: Editor's Pick