A man holds up a picture of an painted Russian President Vladimir Putin during the LGBT Pride Parade in Bratislava, Slovakia on June 28, 2014.
Samuel Kubani—AFP/Getty Images
By Zamira Rahim

The Russian Justice Ministry has banned the use of an image depicting President Vladmir Putin wearing make-up, apparently reacting to the photo’s implication that President Putin might be gay.

The image shows Putin wearing make-up including red lipstick. The text on the picture says “They say there are many of them, but there aren’t any among the people I know.”

Putin has overseen oppressive laws curbing LGBTQ rights in Russia. The image is now on Russia’s list of prohibited extremist materials, which is over 4,000 items long. The image was originally shared online by a man named A. V. Tsvetkov, who has now been ordered by the court to undergo psychiatric care and has since deleted the account he posted the photo with, the Moscow Times reports. 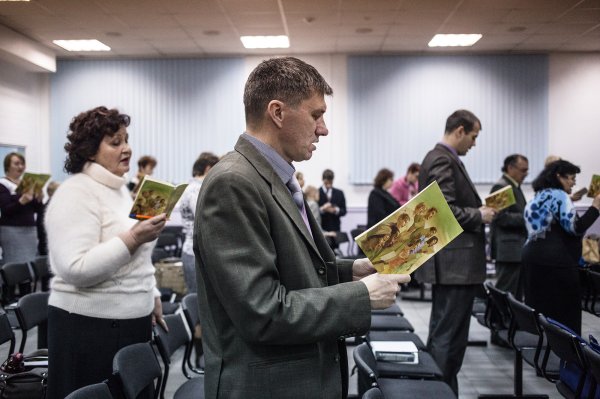