In Spanish director Nacho Vigalondo’s fantasy-drama Colossal, monsters are real. Worse yet, their actions are controlled by out-of-control human beings. Anne Hathaway plays Gloria, a well-intentioned but irresponsible young woman who, after a breakup, decamps from New York City to her hometown. There, she reconnects with Jason Sudeikis’ Oscar, who kindly steps in to help his old friend readjust. And then–news alert! A giant, scaly monster attacks Seoul, appearing and vanishing mysteriously. The whole world watches, and Gloria’s problems suddenly seem small in comparison–until she realizes that she and this strangely soulful, frustrated reptilian behemoth share a bizarre kinship.

Even if its characters’ behavior doesn’t always make sense, Colossal is still a mischievous, clever piece of entertainment, and Vigalondo handles the central metaphor gracefully. How do we get ourselves back on track when we realize we’re guilty of monstrous behavior? Taking that first big, clomping step is key. 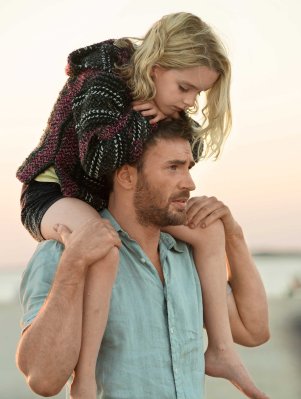 Chris Evans Wraps a Great Performance in Gifted
Next Up: Editor's Pick