Canada Welcomes Tech Companies That Are Spooked by Trump

On any given day in Vancouver’s trendy Gastown neighborhood, young engineers on single-speed bikes ride along brick streets toward shared workspaces where they write code that powers billion-dollar ideas. Some 75,000 tech workers, many for household names like Facebook and Google, work in the city. And Canadian officials are dead set on bringing in more, using the fear of Donald Trump’s immigration and visa policies to lure American jobs north.

It is a cruel irony for Trump, who has focused his presidency on keeping jobs in the U.S. But his policies do threaten to drive jobs north. Attempts to block visitors from certain Muslim-majority countries have infuriated tech companies that depend on international talent. One CEO, Google’s Sundar Pichai, estimated that as many as 200 of his employees were abroad and potentially affected by Trump’s policies, and he recalled them to the U.S. to avoid any border detentions. A few weeks later, his company announced it was investing $5 million in a Canadian government–backed artificial-intelligence lab.

Companies are also frustrated by Trump’s decision not to immediately expand the number of H-1B visas, which allow firms to hire highly educated workers from abroad when no Americans qualify. Instead, in an April 3 memo, the Justice Department warned companies that they could be investigated and “vigorously prosecuted” if they didn’t do a better job of finding passable Americans.

Canadian Prime Minister Justin Trudeau and local government ministers have been gleefully putting out a welcome mat. “Diversity is our strength,” he tweeted when Trump first issued his immigration orders. Vancouver Mayor Gregor Robertson says his city, where no one culture dominates, prides itself on being welcoming. “We’re very tough on racism and discrimination,” he says. To high-tech firms, Canada promises predictable and expedited immigration, free government-run health care and aggressive tax rebates. The country’s Immigration Minister, Ahmed Hussen, hails from Somalia, one of the countries targeted by Trump’s restrictions.

Private firms are also getting in on the act. Last year one Canada-based web-advertising platform started running ads of its own with a picture of then candidate Trump: “Thinking of moving to Canada? Sortable is hiring.”

Some American officials recognize the political and economic threat Canada poses if Washington doesn’t start responding. “The President should want entrepreneurs, or people who we are subsidizing with American tax dollars, creating jobs in the United States instead of taking our education and leaving,” says Ro Khanna, a former Obama Administration official who now represents Silicon Valley in Congress. He’s working with a bipartisan coalition–backed by tech–to change the work-visa programs by eliminating the lottery system, instead awarding visas to the most qualified foreign candidates with the highest salary offers.

While Trump has moved forward with his plans to renegotiate NAFTA, a draft letter circulated to Congress by the Administration calls for more open high-tech trade.

That would be more good news for Vancouver, where many firms have opened hubs for workers to get up and running while they wait for their American papers to clear. Seattle-based Amazon has a staff of 700 (and growing) in the city. Microsoft, headquartered 140 miles to the south, has an office space for 750 employees. At the other end of the spectrum, smaller startups are taking advantage of the space-sharing incubators that rent workspace by the hour.

“You talk to 10 people, and nine of them will have come from somewhere else,” says Mike Tippett, an entrepreneur who has used the U.S.’s immigration shift to recruit tech workers to Vancouver through his startup, True North. The city, he notes, is filled with marijuana-retail stores, vegan restaurants and a counterculture vibe. “It’s like how San Francisco used to be,” he says. It could become like San Francisco today, awash in money and talent, if Trump’s policies push more work north. 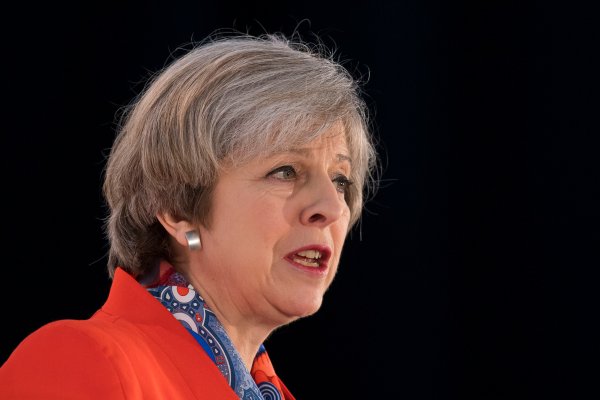 Britain's 'Rock' In Spain Gets Caught In a Hard Place
Next Up: Editor's Pick