Philippine President Rodrigo Duterte has ordered military personnel to occupy and “raise the Philippine flag” on Manila-claimed islands and reefs in the disputed South China Sea.

The troop deployment was announced Thursday as Duterte visited a military camp on Palawan, near the contested Spratley Islands, Agence France-Presse reports. It represents a surprise departure from his laissez-faire approach to China’s competing claims in the highly strategic territory.

“It looks like everybody is making a grab for the islands there, so we better live on those that are still vacant,” Duterte told reporters.

“I have ordered the armed forces to occupy all,” Duterte said, noting that Manila was claiming “nine or 10” islands, reefs or cays near the Sprately’s. “At least, let us get what is ours now and make a strong point there that it is ours.”

He also said that he was considering visiting the islands on Philippine Independence Day, which falls on June 12.

Beijing asserts sovereignty over most of the South China Sea, and has built artificial reef-top islands that are capable of accommodating missiles and military planes.

Although the Hague’s Permanent Court of Arbitration ruled in favor of the Philippines’ claims against China’s “nine dash line” in June 2016, Duterte had previously said he would “set aside” that ruling as he sought closer ties with Beijing. 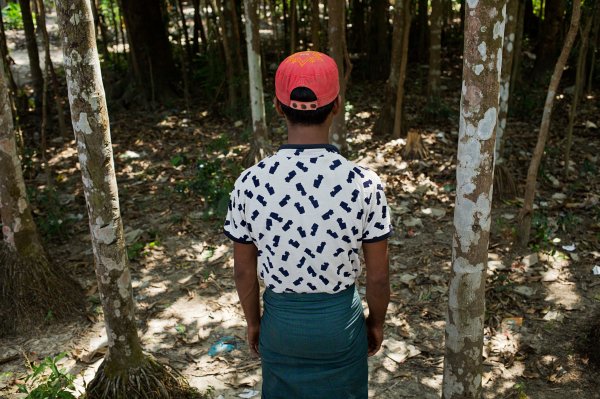 Rohingya Villagers Bear Witness to a Brutal Crackdown in Myanmar
Next Up: Editor's Pick