Harry Styles is soaring back into pop culture prominence this week—literally. He’s set to make a splash on Friday with the release of a hotly anticipated new single “Sign of the Times,” but in advance of that, the internet has gotten ahold of what appears to be footage from a music video shoot off the coast of Scotland. And while there’s no doubt that the former One Direction heartthrob’s solo career will be a success thanks to the avid adoration of his fan base, Styles himself was found up in the air.

That’s right: the Dunkirk actor and part-time fashion plate was spotted harnessed up and suspended from a helicopter, zooming along above the ocean. Naturally, the internet had quite a few (hilarious) reactions to the sneaky snaps captured from his rather daredevil shoot, in which the singer is dressed to the nines while swinging casually above the sea. Lady Gaga who? 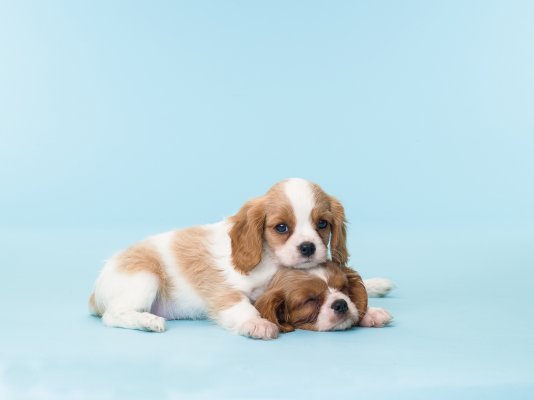 Bridesmaids Carry Puppies Instead of Bouquets Because Flowers Are So Last Year
Next Up: Editor's Pick