You Asked: Are Tattoos Bad For You?

Tattoos are more popular than ever. Roughly half of millennials have one, as do 36% of Gen Xers, according to a recent Harris poll. The number of Americans with at least one tattoo has jumped 50% in the past four years.

This explosion in popularity has led some health experts to take a closer look at the practice. What they’ve found so far raises questions—and some concerns.

A study published this year found that tattoos may interfere with the way your skin sweats. Compared to non-tattooed skin, inked skin excretes about 50% less sweat, says study coauthor Maurie Luetkemeier, a professor of physiology at Alma College in Michigan. “We also found the sodium in sweat was more concentrated when released from tattooed skin,” he says. When your glands produce sweat, the skin tends to reabsorb sodium and other electrolytes from that perspiration before it breaks free. His findings indicate that tattoos may partially block this reabsorption.

This doesn’t matter much if you have a single tattoo, or even a few. But if you have extensive coverage—especially on your back, arms or other areas densely populated by sweat glands—tattoos could interfere with the skin’s ability to cool your body and hold onto important nutrients. “You look at someone in the military, where tattoos are very prevalent, and if they’re exposed to high heat and a heavy workload, there could be thermoregulatory problems,” Luetkemeier says.

All of this is, he adds, is very much speculative at this point. But other research has linked tattoos with different health issues.

While exceptionally rare, there are reports linking tattoos to melanoma, says Cormac Joyce, a plastic surgeon at University Hospital Galway in Ireland. In a case study he published in 2015, Joyce writes about a 33-year-old man with an elaborate, multicolored chest tattoo. Malignant melanoma had turned up only in the areas of the tattoo that were filled in with red ink.

In that particular case, the culprit probably wasn’t the red ink. Joyce says the man likely had an existing melanoma that his tattoo artist hit with his red ink needle. The artist may have then “seeded” other portions of the man’s skin with malignant cells, he says. That’s reassuring news if you have a red tattoo, but probably scary if you’re at risk for melanoma. Joyce says spreading malignancy via this sort of skin seeding is rare, but is “certainly possible in the setting of tattooing.”

Other case studies link tattoos to skin cancer. “The process of tattooing involves the integration of metallic salts and organic dyes into the dermal layer of the skin,” Joyce says. The resulting low-grade, chronic inflammation that can result from this could stimulate “malignant transformation”.

Tattoo inks are mostly unregulated, and blood-borne diseases have reportedly been spread by tainted ink. In 2012, the FDA linked a multi-state bacterial outbreak to contaminated tattoo inks. An investigation detailed in the New England Journal of Medicine found the contamination “could have occurred at various points in the ink-production process”—meaning that tattoo parlors probably weren’t to blame. “Tattoo inks are considered to be cosmetics,” the report’s authors write. As a result, inks are allowed into the marketplace without much oversight, and the FDA and other public safety organizations only step in when something bad happens.

Metals used in tattoo inks may also cause skin reactions. A study from Denmark in 2011 found that 10% of unopened tattoo ink bottles tested were contaminated with bacteria. “Regulation of ink is long overdue,” Joyce says.

“The FDA is conducting research to improve its knowledge of tattoo inks and the ingredients used in them and to look more closely at their different components,” an FDA spokesperson told TIME in an email. “The agency is also evaluating methods for the microbiological testing of tattoo inks as a result of microbial contamination of several tattoo inks that have resulted in voluntary recalls.”

The risks associated with tattoos—if there are any—are not entirely known. But as more and more people opt for ink, greater scientific scrutiny is needed. 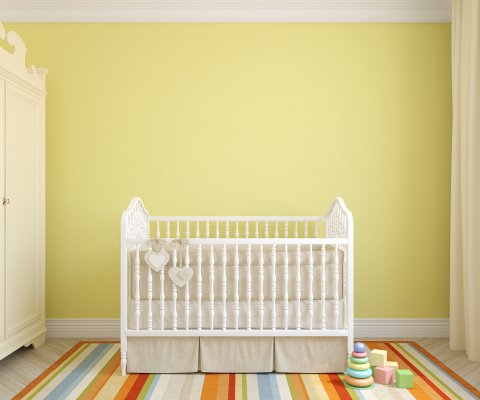 Babies in These Countries Cry the Most, Study Finds
Next Up: Editor's Pick