Woodrow Wilson's Ghost in the Age of Donald Trump

President Woodrow Wilson with the First Lady, Edith Wilson, riding in a carriage in New York.
Hulton Archive/Getty Images
Ideas
By Trygve Throntveit
Throntveit is Dean’s Fellow for Civic Studies at the University of Minnesota College of Education and Human Development and author of the forthcoming book Power without Victory.

President Donald Trump prefers to set precedents rather than follow them. His presidency is built on a platform of wholesale arson against the national and international political establishments. Ironically, however, Trumpism finds ample historical precedents in the immediate and long-term aftermath of U.S. intervention in World War I, which President Woodrow Wilson asked Congress to authorize a century ago this week. Those precedents should cause deep concern for anyone who values peace, prosperity and democracy — at home and abroad.

Wilson is widely remembered as pledging “to make the world safe for democracy” in response to the German Empire’s aggressions in Europe — a continent that even to many of its recent emigrants seemed a world away from their new American home. Generations of historians have criticized Wilson for the arrogance, naivety and hypocrisy of this supposed crusade. What business is it of Americans to mold the world in their political image? What reason do they have to believe they could ever do so? Isn’t imposing freedom a moral and practical absurdity — especially if done by a nation with its own chronic deficits of liberty and equality?

It might discomfit some of Wilson’s more liberal detractors to discover that the current president seems to agree with them. Trump’s make-America-great-and-safe-first foreign policy in many ways channels their critique. Why indeed invest precious political and economic resources in collective security pacts so often subverted by national interests? Or free-trade deals that require costly concessions? Or peacekeeping missions? Or global health initiatives? Or any effort to bring diverse and factious states into political and economic relationships resembling our own United States? Look at what a disaster it’s been for peoples around the world! Look at the social and economic carnage we’ve ignored here at home! Sad!

This is not to say that Wilson’s liberal critics are unwitting Trumpists. It is to remind us of the Wilson that the critics ignore — a Wilson whose bold yet humble vision for America’s global role might well be the most effective antidote to Trump’s poisonous hypernationalism.

That’s right: bold yet humble. Contrary to memory, Wilson never pledged “to make the world safe for democracy.” What he said — in perhaps the most anguished call to battle by any American president, including Lincoln — was that “the world must be made safe for democracy” if Americans wanted it to continue thriving at home, and that the United States must act as “but one of the champions of mankind” in securing such safety. Wilson based this creed on his domestic ideal of citizens enhancing their personal liberty through consent to a government that promoted their collective equality. In his first term, he worked to honor that ideal through landmark economic and financial legislation designed to curb monopoly power, democratize access to credit and empower workers and small-business owners. He then spent the majority of his twenty-month war presidency crafting a settlement under which every major and minor power — including his own nation — would subject its parochial interests to the scrutiny, and its foreign policies to the authority, of a League of Nations.

This internationalist vision for America’s — and every nation’s — role in the world was and remains unprecedented. More important, it spoke to the symbiotic idealism and pragmatism of the American people: a people forged into nationhood by the conviction that genuinely free and independent citizens can, and indeed must, create and sustain a system of mutual obligations, lest a tyranny rise among them.

It could speak just as powerfully to Americans today. Facing an entire world more densely interconnected than any nation their forebears could imagine, many Americans today hold both the technocratic tendencies of the Democrats and the plutocratic tendencies of the Republicans in contempt. They want a government that empowers citizens and communities rather than patronizing or abandoning them. Wilson projected that ideal of national politics onto a global canvas. Should either party carefully restore and earnestly promote it today, they might be surprised at the reception it receives.

For now, unfortunately, it is the darker legacies of Wilson’s era that our politics recall. Wilson himself set some frighteningly Trumpist precedents. Throughout his presidency, he spouted platitudes about the rights and dignity of African Americans while adopting policies that exacerbated their plight. During the war, his administration undermined the free press while widely ignoring and at times abetting official and unofficial violence against political radicals and immigrants as well as blacks.

Just as unnerving, from today’s perspective, is what happened after the war. Wilson’s betrayal of his democratic principles at home alienated progressives and helped lose him the battle for U.S. membership in the League. Over the next ten years, the American people and their representatives focused increasingly on shoring up their material fortunes at the expense of global prosperity and stability. When the consequent global depression prompted political crises, domestic atrocities and imperial aggressions in Europe and Asia, millions of Americans asked their representatives to double-down on economic protection, refuse asylum to refugees and let the Europeans deal with their authoritarian problem. Some even praised Mussolini and Hitler for their unembarrassed nationalism, calling on their own government to put “America First.”

Most people know what came of these precedents: World War II. But our earlier romance with America First had longer-term consequences, too. Never again has an American president endorsed, formulated or pursued a genuinely internationalist strategy aimed at preserving peace and promoting global prosperity for the sake of humanity, rather than the sake of preserving American power and privilege. The mostly American architects of the post-1945 liberal-internationalist system deliberately designed it to preclude the international community from dictating to the new superpower — which now genuinely fancied itself the lone savior of civilization.

Today, neither system nor savior can play their assigned roles. But that hardly binds Americans to abandon the project of global governance in general, or renounce the incalculable economic and security benefits they have gained from even its highly imperfect specific forms. The old, narrow, dangerous nationalism lately revived by Trump has never been the only alternative to global hegemony, as at least some Americans — haunted by Wilson’s vision and the calamity of its failure — insisted even at the moment of their country’s ascendancy after World War II. As that moment and the world it made both fade into the past, Americans must decide whether to commune with the ghost of Wilson or chase the phantom of America First in seeking to divine their future. Their choice will mean the difference between a world that mirrors and rewards their noblest traditions and one that resents and repays their basest impulses.

Trygve Throntveit is a Development Officer and Dean’s Fellow for Civic Studies at the University of Minnesota College of Education and Human Development; his second book, Power without Victory: Woodrow Wilson and the American Internationalist Experiment, will be published by the University of Chicago Press in June. 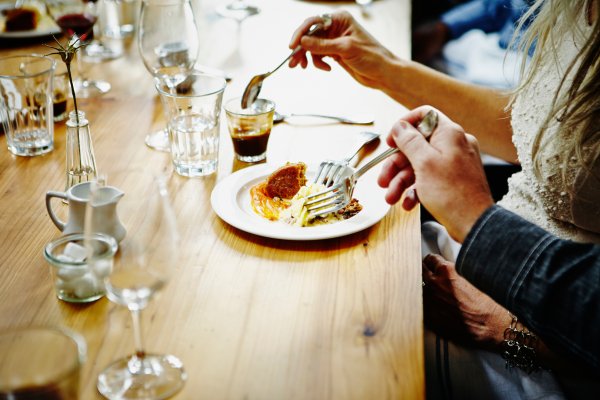 How China Feeds 1.4 Billion People
Next Up: Editor's Pick