Vin Diesel loves to sing and frequently posts videos of his karaoke performances on his Facebook page. So when he stopped by The Tonight Show, Jimmy Fallon suggested he serenade the audience—with a Chipmunks twist.

“Since this is The Tonight Show we wanted to do something a little different,” said Fallon, handing Diesel a microphone with a Chipmunks implant that would transform Diesel’s normal singing voice into one that would help him blend right in with Alvin, Simon, and Theodore.

The Fate of the Furious star was game to try (after all, this is the same man who showed off his breakdancing moves on set) and let loose with a memorable rendition of “Lean on Me.” As the show went to commercial, their house band The Roots joined in to make the song sound good enough to earn a feature in the next Chipmunks squeakquel.

Maybe now James Corden will let him be on Carpool Karaoke. 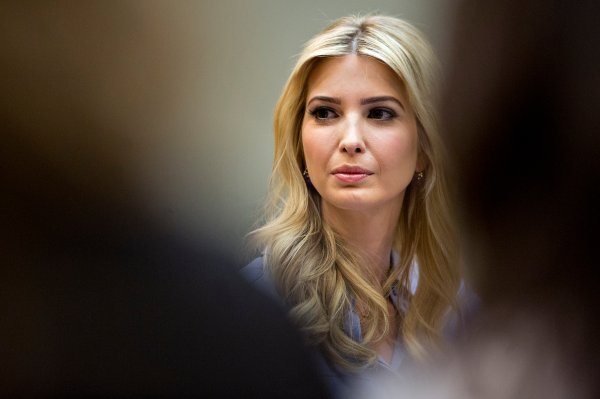 Meet the Woman Who Sipped Wine in a Fur Coat at an Ivanka Trump Protest
Next Up: Editor's Pick