Financial Advisers Have the Worst Wage Gap for Women

It’s Equal Pay Day, and no doubt you’ve heard by now that American women earn 82 cents for every dollar a man earns.

Women’s median earnings are lower than men’s in nearly all occupations, according to a report released Tuesday by the Institute for Women’s Policy Research. The researchers analyzed data on roughly 120 occupations tracked by the U.S. Bureau of Labor Statistics, and found, in general, the lowest paid occupations have the smallest wage gaps. This is because both men and women make minimum wage when they’re working at, say, a fast food restaurant. By contrast, the highest paid occupations tend to have the biggest gaps.

So who has the widest gender pay gap of all? Female financial advisers. Last year, women in that field were paid a median of $953 per week for full-time work, whereas men in the exact same profession earned almost double, at $1,714 a week.

Overall, that means women financial advisers earned just 56 cents for every dollar a man made in the same job. It’s a gap that has persisted in spite of several high-profile class action lawsuits brought by women in financial services since the 1990s, said Ariane Hegewisch, the author of the report.

“It’s a very stubborn gap, and from what we can see the key problem is financial advisers get paid in commissions,” Hegewisch said. “The people with the wealthiest clients have the biggest earnings. White men have the best access to the richest clients. Part of this is about who you know.”

There are other problems, too. Research released just a few weeks ago shows that while female financial advisers are less likely than their male counterparts to engage in misconduct, they are punished far more harshly after complaints of wrongdoing. Wells Fargo was named as one of the top offenders for regularly punishing female employees at a “substantially higher rate relative to male advisers.”

Finally, there’s an issue of systematic discrimination that relates to how financial advisers pass down clients to each other.

“A very small part of any broker’s portfolio are distributed accounts, but those accounts are what you build future accounts on,” said Janice Madden, a labor economist and sociology professor at the University of Pennsylvania. “It’s very different when you get assigned an account that’s from a junior member of a very prosperous family, who is obviously going to have friends and family who have a pattern of investing—vs. having an account come in from a blue-collar worker who wants to set up an IRA for retirement.”

When a financial adviser retires or leaves the firm, he will often pass down his most lucrative accounts to other colleagues on his team. Who is on his team? His buddies who tend to look a lot like him, Hegewisch said. In other words, other men.

It’s a form of discrimination that is subtle and often unintentional, triggered by what psychologists refer to as “affinity bias”—the unconscious inclination to favor “people who are like me.”

It’s a pattern that is also consistent with research compiled by Madden, who has studied the gender pay gap particularly among stockbrokers. As a result of two class action lawsuits alleging gender discrimination, she was able to obtain internal data from Salomon Smith Barney and Merrill Lynch on stockbroker performance.

She found women tended to be assigned inferior accounts, but when compared to men who managed similar accounts, women actually outperformed men slightly.

This distinction is important. In their defense against discrimination suits, the brokerage firms claimed that women had been given inferior accounts because they generated lower commissions the prior year.

But women are not earning lower commissions because their performance is inferior to men’s. Instead, it’s partly because they were unfairly given lower value accounts, as well as other less sales support, Madden said.

Similar findings in a class action suit against American Express Financial Advisors in 2002 led the court to require the company to develop a statistical, gender-neutral methodology for distributing leads and accounts for the next four years. These systems can help overcome the bias of individual managers.

“If you have a statistical method, you take out the human decision of who is worthy and not so worthy in dealing with a particular client,” Hegewisch said. “It’s more likely to give everybody a fair chance to prove how good they are at the job.”

The second-worst wage gap for women is in another sales-based occupation that could be prone to the same problems as financial advisers: Insurance sales agents. Women selling insurance earned about 58 cents for every dollar a man earned in 2016. 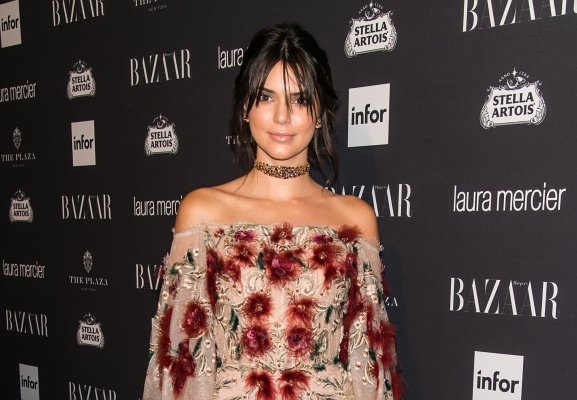 Pepsi and Kendall Jenner Are Apparently Using Social Justice for Advertising
Next Up: Editor's Pick