Conventional thinking holds that Apple has long been the favored choice of so-called “creatives,” people like graphic designers, videographers, photographers and so on. But much to their consternation, the company’s high-end desktop computer, the Mac Pro, hasn’t seen a notable update since a radical new design launched in 2013. Apple has instead seemed focused on the iPhone — perhaps understandably, as it accounts for nearly 70% of the firm’s revenue.

No longer. Apple is “completely rethinking” the Mac Pro, SVP of Marketing Phil Schiller recently told a small group of reporters. Schiller also said Apple is working on a new display for the device, which would fill a bizarrely empty slot in the company’s lineup. (Walk into an Apple Store today and ask for a 4K or 5K display, and you’ll be pointed to a device made by LG, not Apple, a disappointment given Apple’s history of producing high-quality monitors).

The catch? Schiller told BuzzFeed not to expect any of the company’s new Pro hardware until 2018 at the earliest. That’s a long time to wait for a professional user in need of more power, especially considering that Apple’s latest Mac Pro is notoriously difficult for users to upgrade themselves. There’s a consolation prize in that Apple is giving the current Mac Pro a spec boost that could hold users over — but then you may be spending three or four thousand dollars on a device soon to be outmoded. (Apple also says it’s working on a “Pro” version of the iMac, though it hasn’t mentioned specific specs or how it might differ from the new Mac Pro).

That Apple would tease this new equipment so long before it’s available is a sign of the times in the PC market. Mac sales dropped about 10% in 2016 as Apple faced increasing competition from Windows vendors like Lenovo, HP and Dell, all of whom have been making better hardware further bolstered by Microsoft’s well-received Windows 10 software. And speaking anecdotally, Apple seems to be losing its edge with those aforementioned creatives, who’ve grown frustrated with the company’s failure to update its high-end desktop hardware, and tempted by novel designs catering to their needs, like Microsoft’s Surface Studio. So Apple’s announcement reads like a mea culpa to creative professionals — but it’s unclear how well it’ll be received. 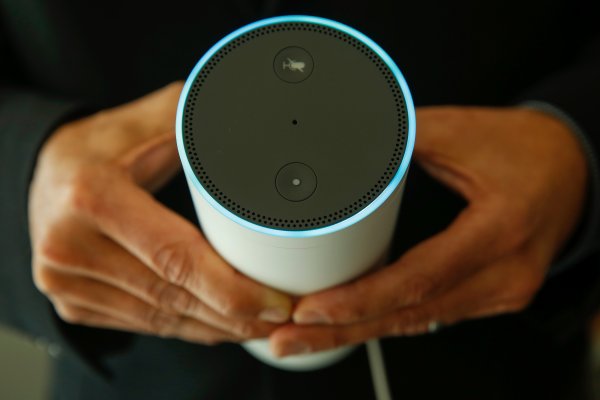 How Amazon Could Make Alexa (And Her Skills) More Useful
Next Up: Editor's Pick