Putin is Back on the Market

Single ladies of Moscow, keep an eye out on dating websites for images of a balding, shirtless man emerging from a tank, hoisting a gun, riding a horse, or engaged in other similarly macho pursuits. It could be your president, Vladimir Putin, who just finalized his divorce.

Putin, 61, and his wife of 30 years, Lyudmila, 56, have officially split, the Kremlin announced Tuesday. The couple had announced they were separating on Russian state television in June last year. They have two adult daughters.

Lyudmila—who is reported to have once referred to her ex-husband as a “vampire”—called the divorce “civilized” and said they would “always remain close.” Mr. Putin said the split “was a joint decision: we hardly see each other, each of us has our own life.”

Putin has steadfastly denied rumors that he has been intimately involved with former Olympic gymnast Alina Kabayeva since 2008, who served as a torch bearer in the opening ceremony for the Sochi Winter Olympics. 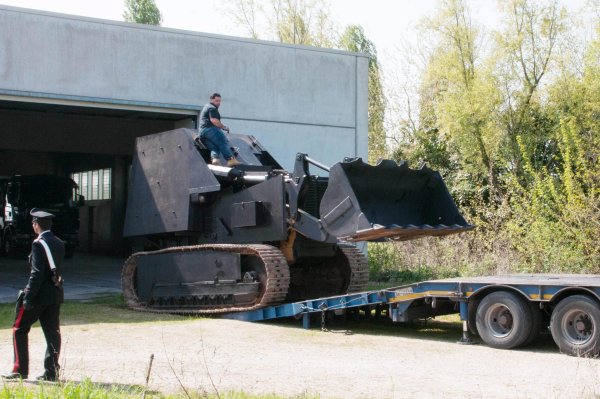