At last, Britain’s Prime Minister is really angry about something.

No, not Scotland’s renewed bid for independence. Not even the E.U.’s apparent attempt to use Gibraltar as a bargaining chip in forthcoming Brexit talks.

Instead, Theresa May has registered her fury at the war on Easter.

Did you know there was a war on Easter? Because there is — as I write, fluffy bunnies across Britain are digging trenches and sharpening adorable little bayonets.

The aggressors are the hapless marketing teams at chocolate maker Cadbury’s and conservation charity the National Trust, who omitted to mention the word Easter in the title for their annual egg hunt this spring (it’s now called the “Great British Egg Hunt,” if you’re wondering). It’s not exactly Hitler invading Poland, but it has brought out the Winston Churchill in Britain’s formerly mild-mannered leader.

“I think the stance they have taken is absolutely ridiculous,” she said, the BBC reports. “I don’t know what they are thinking about frankly. Easter’s very important … It’s a very important festival for the Christian faith for millions across the world.”

We shall fight them on the church benches, she might have added. May is a committed Christian and a vicar’s daughter, and is thus qualified to act as a defender of the faith — at least against the attackers attempting to import political correctness to Britain (Cadbury is now owned by U.S. multinational giant Mondelez).

It’s curious, though, that May has chosen to rage against this storm in an eggcup when there are so many other things to direct righteous ire at. The obdurate European leaders who are determined to give Britain a raw deal in Brexit talks. The country’s creaking military infrastructure. The looming disintegration of the union. The damn newspapers that keep focusing on her legs and outfits instead of her policies. May made her comments while on a visit to Jordan and Saudi Arabia, and some online have wondered why she couldn’t muster some comparable outrage at persecution against Christians there. Or women, for that matter:

Perhaps this crack in May’s typically unflustered temperament is an act of displacement; the rage that has been bottling up inside her being vented in a sharp blast. If so, perhaps Britain can be glad this is the war she has chosen to fight — and not the one against Spain that the country’s tabloid press is gleefully talking up over Gibraltar. 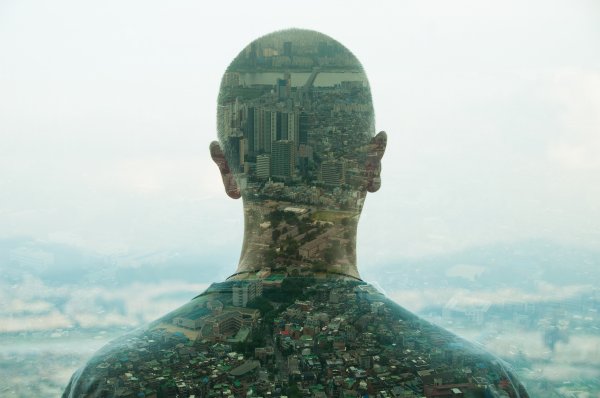 The U.S. Military Believes People Have a Sixth Sense
Next Up: Editor's Pick