Activists say at least 35 people were killed and 60 others injured in what may have been a chemical attack on a rebel-held town in Syria.

The BBC reports that the British-based Syrian Observatory for Human Rights said the town of Khan Sheikhoun in Idlib, in the country’s northwest, came under attack by either Syrian or Russian jets.

The group said many of the victims were choking following the strike, according to the BBC.

Photographs shared by the opposition network Local Coordination Committees and local media appeared to show the deceased, which the group reportedly said had died of asphyxiation.

The government of Syria has denied the use of chemical weapons despite multiple accusations, most famously in March 2013, when 25 people were killed in attacks in Aleppo and Damascus.

An investigation jointly carried out by the U.N. and the Organization for the Prohibition of Chemical Weapons found that the Syrian government had used chlorine as a chemical weapon in eight of nine attacks covered by the inquiry, according to Reuters. 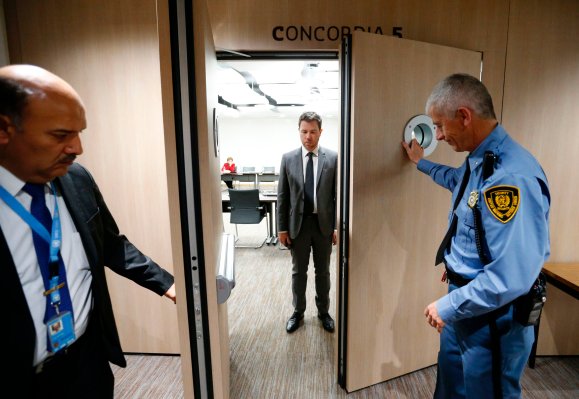 Removing Assad Is No Longer a U.S. Priority
Next Up: Editor's Pick