Just in time for Easter, a troublemaker by the name of Austin Braun debuted a photo on his Twitter account of a cheesy pizza adorned with gooey, melting Peeps — you know, those sugary, technicolored marshmallow candy in the shape of baby chicks that somehow finds their way into Easter baskets and dioramas every year. Alongside the photo, which possibly coincided with April Fools, Braun included the caption, “This > pineapple pizza.”

There were many who found the idea of a Peeps-za downright disgusting.

But surprisingly enough, there were others who were here for Peeps on pizza.

And others who were just glad that it wasn’t more pineapple on pizza pies. 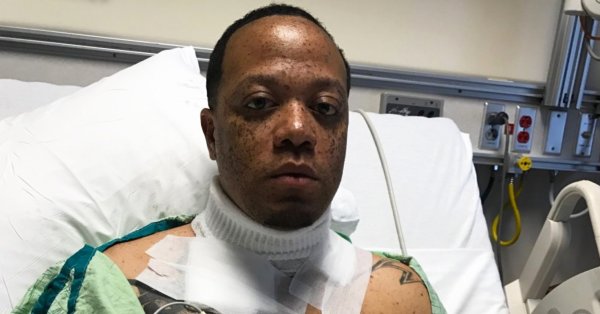 A Man Was Nearly Electrocuted By His iPhone Charger While He Was Asleep
Next Up: Editor's Pick