A high-level defector from North Korea warned in a new interview that Kim Jong Un would use nuclear weapons against the U.S. or its allies to stay in power if necessary.

Thae Yong Ho, who was deputy ambassador to the United Kingdom when he defected in 2016, told NBC News that the North Korean dictator was “desperate in maintaining his rule.” Thae’s defection was the most significant in years, making him uniquely informed about Kim’s rule, though he wasn’t a part of the nuclear weapons program.

“Once [Kim] sees that there is any kind of sign of a tank or an imminent threat from America, then he would use his nuclear weapons with ICBM,” Thae said, referring to intercontinental ballistic missiles. 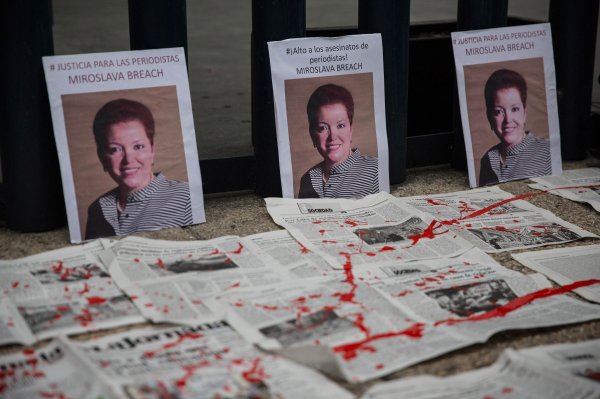 A Newspaper in Mexico Is Shutting Down Because Journalists Are Being Murdered
Next Up: Editor's Pick