Portraits of Miroslava Breach are seen during a protest against the recent murder of the correspondent journalist for "La Jornada" newspaper, in Mexico City, Mexico on March 25, 2017. The correspondent who was killed in Chihuahua is third Mexican journalist killed in the month of March.
Daniel Cardenas/Anadolu Agency—Getty Images
By Julia Zorthian

A newspaper in the Mexican city Juárez will cease publishing following recent violence against journalists in the country, the paper announced in its Sunday edition.

The decision comes on the heels of a month that saw the murders of three Mexican journalists, including Miroslava Breach, who was shot 8 times outside her home on Mar. 23 for “being a tattletale,” according to a note left on the scene. The executive of Norte de Ciudad Juarez pointed to her death in wrote a front-page letter under the banner headline “¡Adios!” to announce his decision, the AP reports.

Oscar A. Cantú Murguía wrote in Spanish that journalists had “neither the guarantees nor the security to exercise critical, counterbalance journalism.”

“Everything in life has a beginning and an end, and a price to pay, and if the price is life, I am not prepared for any more of my collaborators to pay it, nor am I prepared to pay it either,” he continued.

Cantú had been close with Breach, he told the Washington Post, as the La Jornada reporter had also worked with Norte. Cantú told the Post he planned to tell his staff on Monday that the digital version of the paper would also be shutting down. Roughly 150 people will lose their jobs.

The Committee to Protect Journalists reports that 35 journalists have been killed in Mexico since 1992, though the database did not include Breach’s name as of Monday morning. 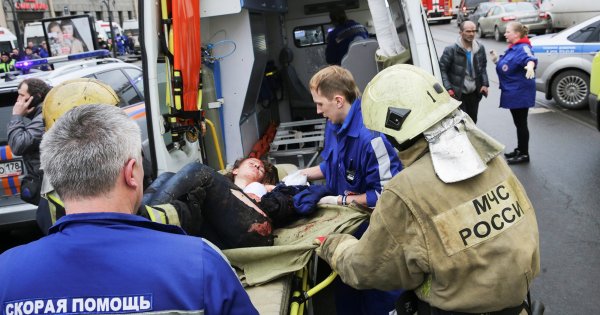 Scenes From the St. Petersburg Metro Explosion
Next Up: Editor's Pick