In the lawsuit, which was published by Politico, Roginsky alleges that that the network, Ailes and Shine “unlawfully harassed, discriminated against, and retailed against Roginsky and sabotaged her career after she refused [Ailes’] sexual advances and complained about them.” Fox News did not immediately respond to Motto‘s request for comment, while a lawyer for Ailes called the lawsuit “total hogwash.”

In 2015, after becoming a guest host on The Five, Roginsky claims that Ailes would call her into his office for one-on-one meetings, where he allegedly brought up her personal life, made sexist comments about her co-workers and said things that “made it clear that Ailes wanted a sexual relationship with Roginsky,” the suit charges. Roginsky claims that Ailes promised her a permanent hosting gig on The Five, but then revoked that opportunity after she rebuffed his alleged advances. The suit also alleges that Shine and other current managers further denied Roginsky’s opportunities to move up within the company after she spoke up about the alleged harassment.

Susan Estrich, a lawyer for Ailes, provided the following statement to Motto:

Roginsky is being represented by Nancy Erika Smith, who represented former Fox News anchor Gretchen Carlson (now a columnist for Motto). Smith did not immediately respond to Motto’s request for comment. Carlson sued Ailes in July for sexual harassment, which Ailes denied. The suit was reportedly settled for $20 million. 21st Century Fox, which owns the network, opened an investigation into Carlson’s claims as more women came forward publicly with allegations of harassment against Ailes, all of which Ailes denied. Ailes resigned from his position at Fox News following the investigation.

Roginsky’s lawsuit comes just days after the New York Times reported that Fox anchor Bill O’Reilly and Fox had paid about $13 million to settle sexual harassment lawsuits against O’Reilly. 21st Century Fox said that O’Reilly “resolved those he regarded as his personal responsibility,” but denied the allegations. O’Reilly said that he is “vulnerable to lawsuits” because of his fame.

CORRECTION: The original version of this article misstated the parties who are paying out the settlements on sexual harassment suits against O’Reilly. O’Reilly and FOX are making the payouts. 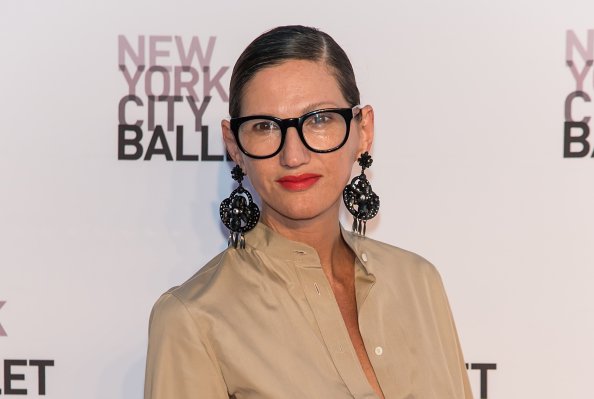 Jenna Lyons Is Leaving J. Crew
Next Up: Editor's Pick