President Donald Trump has a busy week ahead of him — including meetings with world leaders and a vote for his Supreme Court nominee — but his early-morning tweets suggest there was something else on his mind: Hillary Clinton.

“Did Hillary Clinton ever apologize for receiving the answers to the debate? Just asking!” Trump tweeted early Monday.

More than 70 days into the Trump presidency and nearly five months after the election, Trump is still reminding his followers that former interim DNC Chair Donna Brazile sent questions for a CNN town hall to Clinton prior to her appearance. That nugget was revealed in a series of leaked emails posted to WikiLeaks.

Brazile said in a recent piece for TIME that she regrets having sent the email. “My job was to make all our Democratic candidates look good, and I worked closely with both campaigns to make that happen,” she wrote. “But sending those emails was a mistake I will forever regret.”

The President also sent other tweets Monday morning, largely focused on what he has said was government surveillance of the Trump campaign throughout the election. The chair of the House Intelligence Committee, Devin Nunes, has said the Trump team’s communications were apparently swept up as part of a separate collection, but that there is no evidence that Trump Tower was “wiretapped” as the President has claimed.

On Monday, Trump also tweeted that Fox News was reporting that there was “electronic surveillance of Trump, and people close to Trump.” 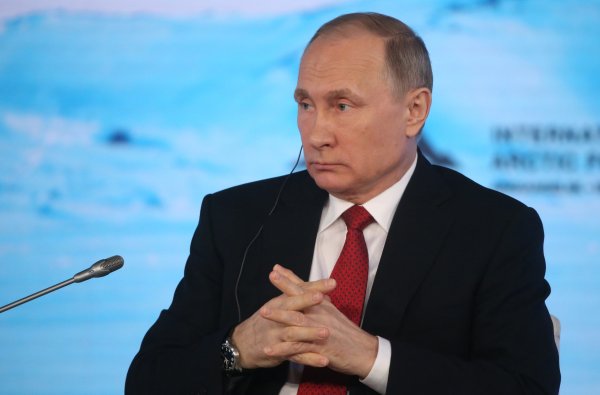 U.S.-Russia Relations Are 'Worse' Than During the Cold War, Kremlin Spokesman Says
Next Up: Editor's Pick