The Best Ways and Places to Find a Nintendo Switch

I apologize in advance if you’ve chanced on this piece expecting links to an inexhaustible trove of Nintendo Switch game consoles. I claim no such magical powers. When it comes to divination, I’m a petty Nostradamus with none of the antiquarian allure. And when it comes to the quandary of unearthing a scarce-as-hen’s-teeth gaming console, the path remains boringly conspicuous: diligent scrutiny of Nintendo’s website, with periodic calls to nearby retailers.

That said, there are a few methods that casual passerby may have overlooked.

Let’s box-check the best, if most banal way, to lay hands on a Switch: Make a call list of local stores that stock the system, then commit to doing rounds just after they open and again in the later afternoon. Many stores know by the afternoon or evening ahead of a given day what shippers are delivering the next morning. While conglomerates like GameStop, Best Buy, Walmart, Target et al. won’t do waiting lists or take money to set a system aside, calls I’ve made to my local stores suggest they’re receiving a steady supply, if a handful at a time. In this case, it’s less the early than the persevering bird that catches the worm.

You might also check with one-off local game shops to see if they take reservations. You could wind up with your name on a list for the privilege of handing over payment info. Said list may be long. Your luck will vary depending whether you live in a thriving metropolis, or, like me, somewhere in the cornstalk-littered wilds of flyover country. (You would be amazed, or then perhaps you wouldn’t, to discover the things that routinely don’t sell out in a 100-mile radius of my domicile.) Yes, you could still find a Switch elsewhere and sooner, but then you can just cancel the reservation, right?

Search for “Nintendo Switch stock” and you’ll unearth what seems a booming trade in online stock tracking sites. These are hit and miss, but NowInStock may merit some poking around. There’s no trick to looking, and you’ll either refresh and find a green “in stock” link before other roulette players have swoop-attacked, or you won’t. Be wary of “in stock” links that lead to pages with availability projections out several weeks or even months. You may well be able to reserve a system or peripheral at MSRP, but there’s no guarantee you’ll have it in the timeframe allotted. As I was writing this piece, for instance, the Nintendo Switch Pro controller phased in and out of stock on Amazon, though when “in,” a purchase disclaimer made reference to the controller not shipping for several weeks.

Many online sites offer email alerts if you’ll sign onto a list (which often includes opting into a broader list of nagging sales emails). My experience with email alerts in general hasn’t been good. When I’ve signed up for these in the past, I’ve generally found the product arriving back in stock without ceremony off a chance rote check, only to receive an alert from the merchant days or weeks later. I can only speak anecdotally, but my confidence in this method is low.

A more defensible variation on the latter would be to keep tabs on corporate Twitter feeds, where a few chains have been posting dates with specific times that they expect to release more systems for purchase. Your mileage will vary here, and Twitter broadcasts all but guarantee a feeding frenzy, but it’s one more arrow in the quiver.

You can of course mortgage your soul against your limbic system’s inability to curb your need to find a Switch now by paying scalper prices from third-party resellers, local Craigslist opportunists, or on eBay, where Nintendo’s coveted wunder-hybrid has been trending in the vicinity of $420. That’s about 40% over Nintendo’s suggested retail price of $299. I would never judge someone for knuckling under—I once paid three times the MSRP for a special edition of Level 5 and Studio Ghibli’s Ni No Kuni—but if there’s a bottom-feeding post-retail stratum worth rebuffing in principle, this is probably it. 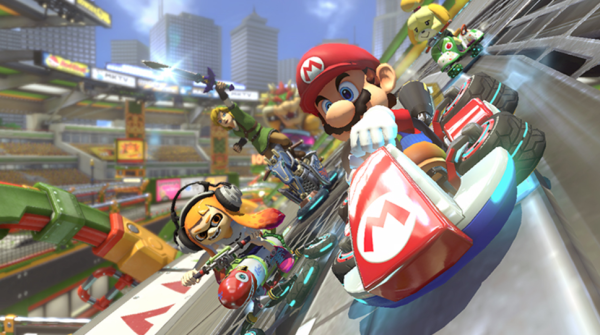 20 Video Games We Can't Wait To Play This Spring
Next Up: Editor's Pick