U.S.-Russia Relations Are 'Worse' Than During the Cold War, Kremlin Spokesman Says

A Kremlin spokesman said relations between the U.S. and Russia may be more tense than they were during the Cold War.

In an interview with ABC’s This Week on Sunday, spokesman Dmitry Petrov said the countries’ relationship was at the “lowest possible point” and “worse” than after World War II — but he said a meeting between Russian President Vladimir Putin and U.S. President Donald Trump could change that.

“I think if two presidents meet each other, if they exchange views and if they decide that they want to reestablish a dialogue, then there will be chance for our volatile relations to get better,” Petrov said during the interview.

Putin said last week that he’d be open to meeting with Trump, floating the G20 Summit in July as a possible location. “We are ready for that discussion. It’s necessary for the other side to also show goodwill and readiness for constructive work,” the Associated Press reports he said on March 30.

Petrov spent much of his interview denying any Russian interference in the 2016 presidential election, despite the U.S. intelligence communities’ repeated statements that Russia was behind the hacks.

“Actually, this campaign, we’ve been saying from the very beginning, that it was nothing else but slander,” Petrov said Sunday. “And that’s why we’ll continue to suggest to everyone insisting that Russia was interfering in this or that way in — into domestic affairs of the United States, we will suggest them to read Mr. Putin’s lips.“ 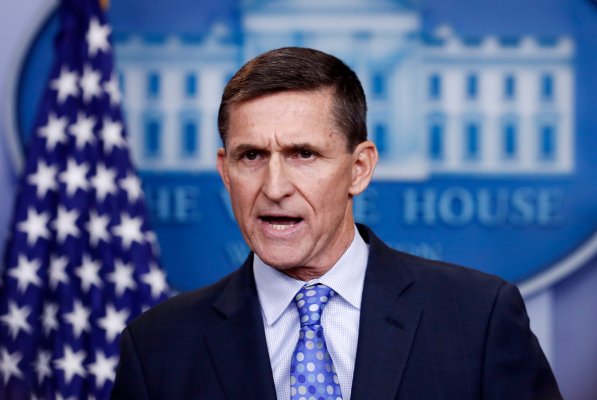 Michael Flynn Underreported $150,000 in Income
Next Up: Editor's Pick