Warning: This post contains spoilers for the season seven finale of The Walking Dead.

Sunday night’s action-packed season seven finale of The Walking Dead saw Sasha take the poison Eugene smuggled to her in “Something They Need,” ending her life in an attempt to catch Negan off-guard and give the Alexandrians a fighting chance against the Saviors.

Believing Sasha was coming around to working with him, Negan agreed to her request to make the trip to Alexandria inside the coffin he was planning on presenting her to Rick in. However — after a series of flashbacks involving the late and great Abraham — Sasha’s true plan was revealed.

When zombified Sasha leapt out at Negan, it created a distraction long enough for the Alexandrians to stage an attack against both the Saviors and Jadis’ junkyard people — who had just turned on them.

But Negan wasn’t going to give up that easy. As the shootout raged around him, the Saviors leader was somehow able to get Rick into another compromising position. Luckily, just as it seemed Carl was about to become the next victim of Lucille, the Ezekiel-led Kingdom and the Maggie-led Hilltop showed up to save the day.

The Alexandrians may have won the battle, but the war is definitely still to come.

The Walking Dead will return for its eighth season in October. 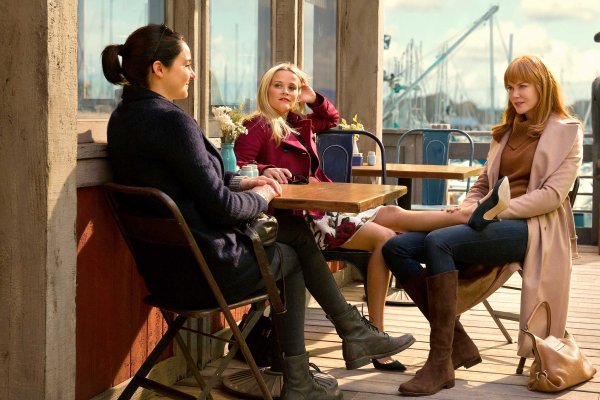 Let's Talk About Who Died on Big Little Lies
Next Up: Editor's Pick