For a 15-year-old who won the chance to create Friday’s Google doodle, the future is a picture of peace.

Connecticut teen Sarah Harrison’s drawing of eight people of different ages, ethnicities and religions embracing called “A Peaceful Future” graced Google’s homepage Friday. Harrison won Doodle 4 Google, a contest where young artists were asked to submit their vision for the future in the hopes of winning a turn on the search giant’s homepage, according to the Hartford Courant.

The image came online on Trans Day of Visibility. One of the characters in Harrison’s doodle wears a shirt that combines the symbols for both male and female.

“My future is a world where we can all learn to love each other despite our religion, gender, race, ethnicity, or sexuality,” she said, according to a Doodle 4 Google post. “I dream of a future where everyone is safe and accepted wherever they go, whoever they are.

Harrison’s prize for winning the contest includes $30,000 for college and $50,000 for technology for her school, Bunnell High. 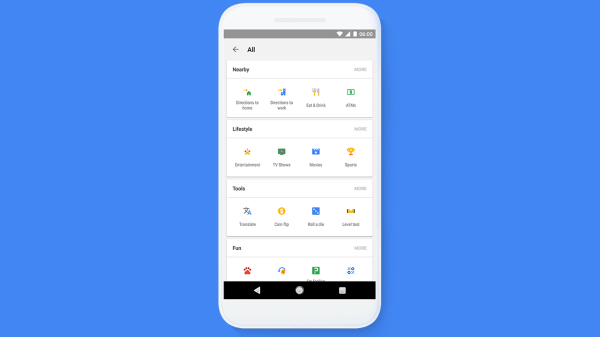 Google Is About to Look a Bit Different on Your Smartphone
Next Up: Editor's Pick