I Found the World's Coolest Nightlight For My Son

Aurora Smart Lights
Nanoleaf
By John Patrick Pullen
Each product we feature has been independently selected and reviewed by our editorial team. If you make a purchase using the links included, we may earn commission.

I knew it was inevitable, but it arrived one night without warning: My two-year-old son woke up crying, suddenly afraid of the dark.

As a tech journalist, you’re typically drowning in solutions seeking problems. But in this case, I already had a fun fix at the ready: the Nanoleaf Aurora, a set of modular lighting tiles that can be wall mounted in a variety of shapes, display millions of colors, and set to an endless combination of patterns and speeds. It’s wall décor for the screen generation, able cast a calming glow as easily as it can brighten a space and bring it to life.

Before bedtime the next evening, I got to work assembling a decorative display befitting my son’s ocean-themed bedroom. The $199 starter kit comes with nine triangular-shaped light panels that connect via tiny circuit-laden connector tabs. These tabs don’t just hold the lights together, they also transmit the electrical current and color/speed/pattern information from one panel to the next.

Controllable by schedules, smartphone apps, Amazon Alexa and Apple’s HomeKit, the Aurora can be more than just a gimmick, gadget, or conversation piece for a room. It can provide some serious luminescence if you crank them up to 100%. Or, if you dim them and change the hue, it’s immediate mood lighting, no matter your frame of mind.

Each of Aurora’s 100-lumen triangular panels is approximately 9.5 inches long per side, and they’re lightweight, a must since they’re adhered to the wall via foam tape. (A side note about the foam tape mounting: this is my only complaint about the Aurora. In an effort to give its light fixture a cool, minimalist look, Nanoleaf opted for foam tape over something that would require hammer and nails. In hindsight, after watching a setup video that I had no idea existed prior to writing this review, they did this so you could easily reposition the tiles later without damaging your walls. But in my experience, when foam tape is removed from a wall, it will peel off much more paint than the blemish a small finishing nail hole leaves behind. Also, foam tape doesn’t stick well to textured walls — as we learned in the middle of the night when our Aurora came crashing down from my son’s wall. But don’t be scared off by that horrific disclosure — I blame my house, not Nanoleaf. Once upon a time, someone went crazy in here with a texture gun, and that nighttime story hasn’t ended happily ever after.)

But before the Aurora fell, I had arranged its tiles in a fish shape, an easy pattern to make with a bunch of triangles. I plugged in the controller and tucked the power cables away from my son’s curious little fingers. This was a minor challenge, because the Aurora’s slim hardware requires that a power brick be integrated into its electrical plug. Take note of this, because it’s another plan-ahead element of mounting such a cool item on your walls. But in the end, the brick is worth it, because as lighting décor, the Aurora really shines. Its matte finish even makes the lights look like paper, and it’s cool to the touch since it uses LEDs. As a daily user of Philips Hue lighting products for more than three years, I know a good light when I see one, and the Nanoleaf Aurora is a great one.

The Aurora app comes pre-programmed with some excellent patterns and color schemes, and it’s easy to make your own as well. As a dynamic night light, I liked putting on dark greens, blues, and purples, dimmed as much as it could go. Also, when you’ve got a bunch of panels throwing full-blast red, orange, and yellow light, your place can feel like Kramer’s apartment on the episode of Seinfeld with the neon chicken roaster sign. My son, however, loved Aurora’s white and orange “Nemo” pattern, and it helped him feel safe, so that’s what we went with — and it was fitting with the room’s theme and the fish shape.

Luckily he slept through the commotion of the Aurora falling, but now the device lives in my smooth-walled office, adding simulated sunlight into my window-limited workspace. Truth be told, I was jealous he got the gadget, and in fairness to Nanoleaf, I admit that I may have unintentionally rushed the install. Regardless of where you put it or what colors it displays, the fixture’s transfixing patterns are like a screen saver for real life, tripping the lights fantastic. 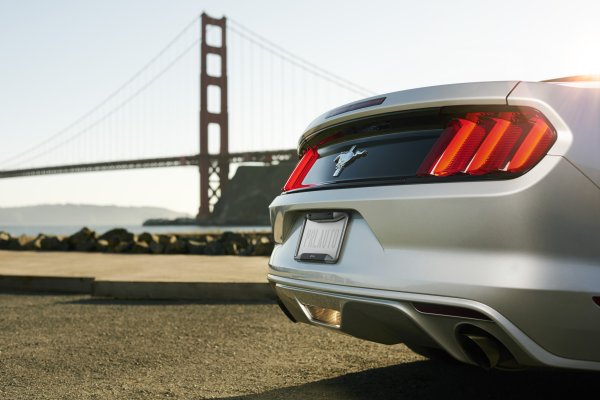 Buying This Back-Up Camera Fixed My Terrible Parking Jobs
Next Up: Editor's Pick