Seniors Liam McClintock and Margaret Morse partnered with Yale alumni, professors and a pharmaceutical manufacturer to create SunUp — a natural, citrus-flavored powder supplement that dissolves in water, according to the group’s Indiegogo crowdsourcing page. Consumers recovering from a night of drinking alcohol can simply stir it in their drink and sip. The ingredients in SunUp are meant to prime the body with essential nutrients to combat alcohol toxicity, while at the same time balancing glutamine levels and counteracting immunological disturbances, the group wrote.

“I’ve tried all the so-called magic hangover cures, but nothing’s very effective. They’re like slapping a bandaid on the wound after the damage has already occurred, instead of preventing the damage in the first place,” McClintock said in the video on their Indiegogo page. “That’s why Maggie and I teamed up to create the best defense to a hangover, backed by science.”

McClintock and Morse are attempting to raise money for SunUp, explaining that the pharmaceutical manufacturer they are working with requires $20,000 in order to produce a minimum production run of SunUp packets. They have currently raised $25,915, an impressive 130% of their $20,000 goal. Individual packets of SunUp can be bought for $5. 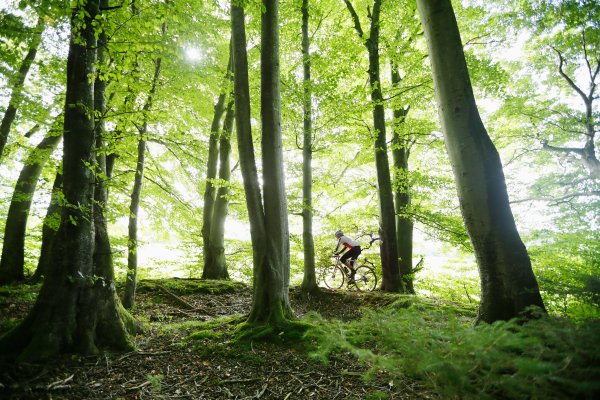 Why Spring Is the Perfect Time to Take Your Workout Outdoors
Next Up: Editor's Pick