Kentucky’s last abortion provider has sued the state in a bid to remain open.

The EMW Women’s Surgical Center in Louisville claims in a federal lawsuit filed Wednesday that the state is retaliating against it and using a technical detail to try to shut it down, NBC News reports. The lawsuit seeks an emergency injunction against what it calls a “blatantly unconstitutional” move by the state’s Cabinet for Health and Family Services.

“If EMW is forced to close its doors, there will be no licensed abortion facility in the Commonwealth of Kentucky,” the suit states, according to NBC. “Kentucky women would be left without access to a critical and constitutionally protected medical procedure.”

According to the lawsuit, the Kentucky health agency told the clinic “out of the blue” that it was not in compliance with state’s rules and said they would have to stop performing abortions within 10 days if they did not fix the issue.

Kentucky requires abortion providers to have agreements with a local hospital and an ambulance company in the case of an emergency — agreements that EMW Women’s Surgical Center has, its attorney Donald L. Cox told NBC. The issue is that even though the hospital has signed an agreement with EMW, the state says the actual owner of the hospital must sign the agreement.

The lawsuit called this action “deeply suspicious,” according to Reuters, and pointed out that this comes after the clinic sued Kentucky in January over a new law that would require women seeking an abortion to have an ultrasound and hear a description of the embryo or fetus.

The state’s Republican governor, Matt Bevin, has signed two laws restricting abortions this year and previously used similar tactics to the ones in this case to stop abortions at other clinics in the state, NBC reported. 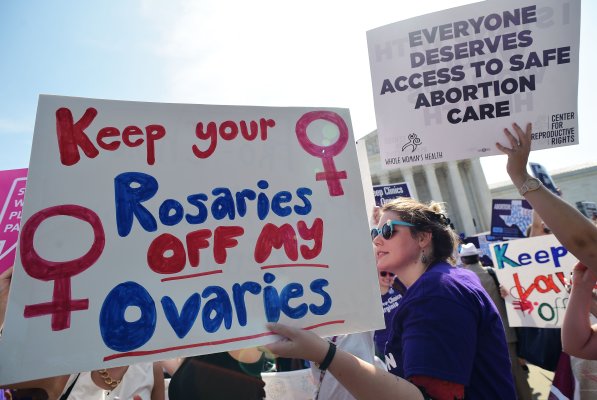