There Are Now More Than 5 Million Syrian Refugees, U.N. Says

Ahmed Mohamad (L) 1 and his brother Hossia Mohamad, 3, of Syria are assisted by members of the Spanish NGO Proactiva Open Arms as he and his family are rescued from a wooden boat north of Sabratha, Libya on February 18, 2017.
David Ramos—Getty Images
By Abigail Abrams

More than 5 million Syrians have fled their country as it has been torn apart by civil war over the past six years, the United Nations refugee agency said Thursday.

The announcement came one year after a conference in Geneva where countries promised to help resettle 500,000 refugees. Since then, only half of those refugees have found places to call home.

“We still have a long road to travel in expanding resettlement and the number and range of complementary pathways available for refugees,” Filippo Grandi, the United Nations High Commissioner for Refugees, said in a statement.

While the world seeks ways to help Syrians seeking asylum, the war in Syria rages on. Half the country’s population has been displaced over the last six years, and nearly 400,000 people have been killed, according to the Associated Press.

No specific incident has prompted this marker of 5 million refugees, UN refugee agency spokesman Babar Baloch told the AP. Turkey has taken in the most Syrian refugees, according to the agency.

The United States previously said it would take in 64,000 refugees from Syria, Baloch told the AP, and those efforts are continuing while the country is involved in court battles over the Trump administration’s immigration policies. 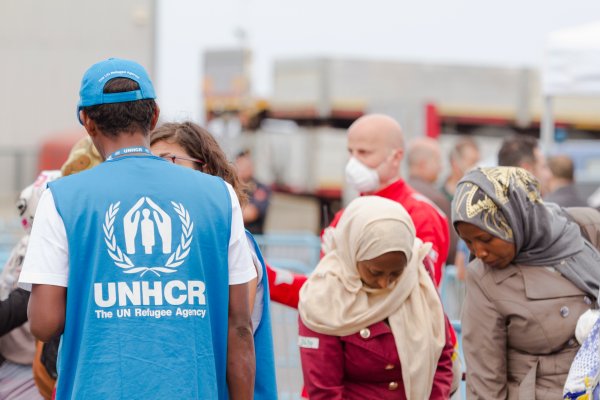 16-Year-Old Boy Thought to Be Sole Survivor of Refugee Shipwreck in the Mediterranean
Next Up: Editor's Pick