This Woman Wants Your Baby to Be a Feminist

A New York author is hoping to grow the next generation of socially aware children with her upcoming board book for infants called Feminist Baby.

The 22-page picture book, which hits shelves April 11, features a fearless and bold baby girl who unapologetically “lives how she wants and doesn’t let the patriarchy keep her down,” according to author Loryn Brantz, who hopes her character will inspire budding minds.

“We have to raise our kids with their eyes wide open,” Brantz told TIME on Thursday. The 31-year-old said she wrote and illustrated Feminist Baby to introduce the idea of feminism early on, encourage children to become “liberal and progressive thinkers,” and squash the negative connotations surrounding the expanding worldwide women’s movement.

“They’re not going to take away all the nuances and important parts of feminism necessarily, but it’s important just to have it be in their vocabulary and part of their life rather than discovering it when they’re older,” she said. “It’s so that they’re aware of feminism and see it as a good thing and not a bad thing.”

The book’s target audience is parents with babies “fresh out of the womb” and up to 2 years old. Brantz said parents can use the book as a “jumping-off point” to initiate a conversation about feminism with their kids. However, its message is meant for everyone, particularly young boys.

“They need to grow up with feminism and not be scared of it and not think that it means they’re going to be overpowered by women someday,” Brantz said. “It just means wanting equality for everyone. It’s not something they think they need to fight when they’re older.”

Brantz started working on Feminist Baby two years ago, before President Donald Trump was considered a serious contender in the race for the Oval Office. She said that how Trump — who was widely criticized during his campaign for making lewd remarks about women — rose to power showed how little society valued or understood the importance of treating women as equals and not objectifying them.

The education on feminism needed to start sooner, Brantz thought. “Why not start kids off right away? Hopefully if we raise a whole generation of kids with Feminist Baby and with older books for kids about feminism and activism, something like this will never happen again,” she said.

Brantz, a two-time Emmy winner for her design work on Sesame Street, is now a senior writer and illustrator for Buzzfeed. Feminist Baby will be sold in book stores and online for about $12.

“I want to help educate babies,” Brantz said, adding that her main character is “sassy, smart,” endearing and inspiring. “I’d like to think that seeing her be herself and not letting anything stop her will be something that they want to be like.” 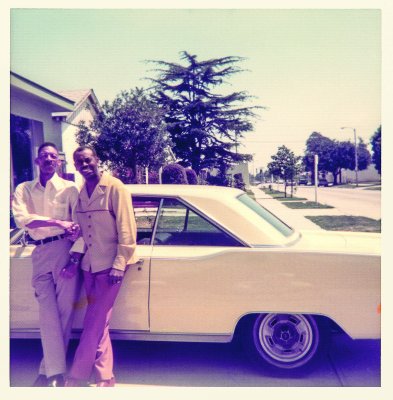 These Found Vintage Snapshots Are a Testament to Americans' Love of Their Cars
Next Up: Editor's Pick