5 Things to Know About the House Freedom Caucus

President Trump suggested he may campaign against members of the House Freedom Caucus in the 2018 midterm elections.

In a tweet Thursday morning, Trump criticized the group of conservative lawmakers who helped torpedo the Republican health care bill last week and said he would “fight them” and Democrats in 2018.

“The Freedom Caucus will hurt the entire Republican agenda if they don’t get on the team, & fast. We must fight them, & Dems, in 2018!” Trump tweeted Thursday morning.

At least one member of the Freedom Caucus was unfazed by the threat.

“We appreciate the President, we’re trying to help the President, but the fact is you’ve got to look at the legislation. And it doesn’t do what we told the voters we were gonna do and the American people understand that,” said Ohio Rep. Jim Jordan, a founding member of the Freedom Caucus, in a Fox News interview on Thursday, responding to Trump’s tweet.

Here are five things you need to know about the House Freedom Caucus.

It was founded two years ago.

The House Freedom Caucus was founded in January 2015 by nine Republicans as an invite-only group with the goal of lobbying for more conservative legislation.

According to its mission statement, “the House Freedom Caucus gives a voice to countless Americans who feel that Washington does not represent them. We support open, accountable and limited government, the Constitution and the rule of law, and policies that promote the liberty, safety and prosperity of all Americans.”

The Trump Administration is the first time the House Freedom Caucus has had to make decisions on legislation under a Republican president.

It’s not the only ideological group in the House.

The Republican Study Committee, founded in 1973, is a conservative caucus of House Republicans that promotes a limited government and strong national defense. With over 170 members, it’s much larger than the Freedom Caucus. Another congressional member organization, the Tuesday Group, is more centrist and was established in 1994.

It has more than 30 members.

The caucus has wielded a lot of power in past fights.

The Freedom Caucus played a role in former Republican House Speaker John Boehner’s decision to retire in 2015, after the group continued to challenge his leadership. The caucus, which aimed to reduce government spending and oppose policies of the Obama Administration, threatened to shut down the government in 2015, vowing to oppose any spending measure that included funding for Planned Parenthood.

But its actions have also led to some departures.

The group’s tactics have proven to be too much for some members. Texas Rep. Ted Poe, one of the original members of the caucus, resigned from the group this week after the failure of the GOP health care bill, voicing disagreement with how the group handled negotiations. “No matter what changes were made, the goal post kept getting moved and then at the end of the day, ‘No’ was the answer,” he told Fox & Friends. “And sometimes, you’re going to have to say yes.” 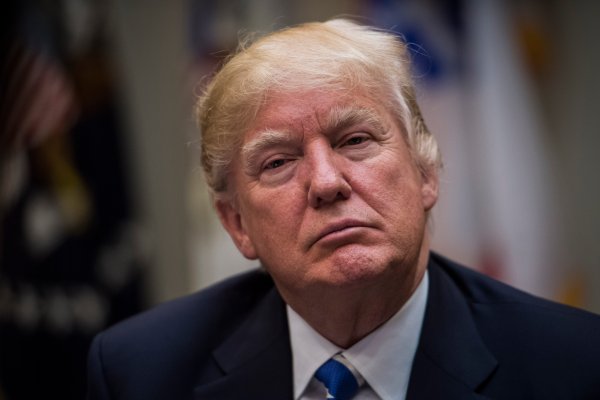