Staff of the State Forest Administration and police of General Administration of Customs destroy about 662 kilograms of illegal ivory and ivory products at Beijing Wildlife Rescue and Rehabilitation Center on May 29, 2015 in Beijing, China.
VCG—VCG via Getty Images
By Julia Zorthian

The price of raw ivory in China has dramatically dropped ahead of the the country’s planned domestic ban on ivory trading, which goes into effect Friday.

The research organization, which is dedicated to conserving elephants, said it wasn’t just the impending ban that led to the dramatic dropoff in prices — citing numerous factors including China’s pledge to shut down the legal ivory trade by the end of the month.

“An economic slowdown has resulted in fewer people able to afford luxury goods; a crack-down on corruption is dissuading business people from buying expensive ivory items as ‘favors’ for government officials, and the Chinese government has made a strong commitment to close down the nation’s legal ivory trade,” Save the Elephants said in a statement.

In Dec. 2016, China announced that it would outlaw ivory sales by March and phase out the entire market by the end of the year. The move was celebrated by many conservation groups including the World Wide Fund for Nature.

“Now that three of the world’s largest domestic ivory markets – China, Hong Kong SAR and the US – are being phased out, we hope that other countries will follow suit,” WWF’s CEO Lo Sze Ping said in a statement following the announcement. “China and the US have shown how quickly markets can be addressed and the sooner the better for Africa’s elephants.” 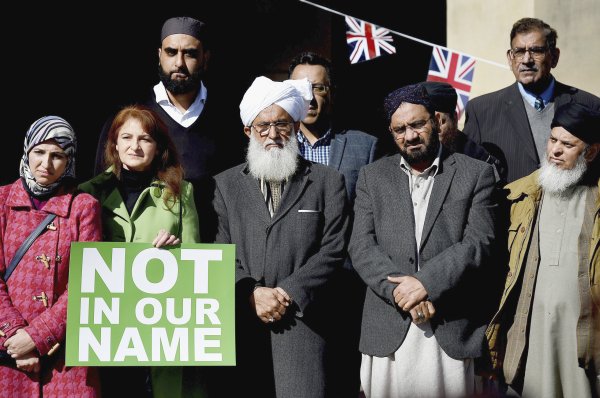 Britain Keeps Calm and Carries on After Parliament Attack
Next Up: Editor's Pick