How the World Is Responding to President Trump's Climate Policies

Several countries vowed to push ahead on efforts to fight climate change this week even as they expressed dismay at U.S. President Donald Trump’s intensification of his effort to reverse President Obama’s climate change measures.

China and the European Union in particular are well-positioned to lead on the issue. “We are not going to backslide even if the United States at the moment…is backsliding from its previous commitments,” European climate commissioner Miguel Arias Canete told reporters in Beijing this week, according to a Reuters report.

Trump, who has called climate change a “hoax,” signed an executive order this week calling on the Environmental Protection Agency (EPA) to review the Obama-era Clean Power Plan, which mandates that states reduce carbon emissions from power plants, with an eye to revising or replacing it.

President Obama had touted that measure to show the U.S. commitment to addressing climate change in advance of the 2015 Paris climate change conference. And environmental policymakers from around the world took the Clean Power Plan as a sign that the U.S. was committed to meeting its pledge to reduce greenhouse gas emissions more than 25% from 2005 levels by 2025. With U.S. leadership in mind, other countries from around the globe made their own strong commitments, which eventually led to the Paris Agreement.

Now, Trump has disrupted the mood of international collaboration with the U.S. at the helm. He has ended key initiatives aimed at tackling global warming and vacillated on whether to pull the U.S. from the Paris Agreement entirely.

Here’s how the rest of the world has responded:

The U.S. partnership with China may have been the key diplomatic development that allowed nearly 200 countries to agree to the Paris Agreement. The pair are both the world’s largest economies and emitters of carbon dioxide. And their differences — namely, that the U.S. is a developed country and China a developing country — helped achieve an agreement that worked for everyone.

China is now the de facto leader on climate change now that the U.S. has pulled back—something that the country’s officials have no problem noting. “The Paris Agreement is a milestone in the history of climate governance,” Chinese President Xi Jinping said in January days ahead of Trump’s inauguration. “All parties should work together to implement the Paris Agreement. China will continue to take steps to tackle climate change and fully honor its obligations.”

Other leaders have been more direct. “No matter how other countries’ policies on climate change change, as a responsible large developing country, China’s resolve, aims and policy moves in dealing with climate change will not change,” Chinese Foreign Ministry spokesman Lu Kang said this week.

European Union officials have vowed to lead on climate change issues regardless of what the U.S. does, as Canete suggested this week. But the individual member countries are also working to form a unified front to push Trump’s cooperation. Leaders in Germany, France and Italy all see G7 and G20 gatherings later this year as a potential place for such a discussion, according to a Politico report.

German Chancellor Angela Merkel has taken a particularly strong stance saying she would educate the U.S. president on the science. “Of course, I will then say that I believe that climate change is absolutely caused by people,” she said following the U.S. election last year. “We want to see how the positions develop.”

Climate change was a key point of collaboration between President Obama and Prime Minister Justin Trudeau, but the issue has disappeared in conversations between Trump and his Canadian counterpart. But that doesn’t mean Canada has stopped pushing: the country’s environment minister, Catherine McKenna, reportedly raised the issue with U.S. EPA Administrator Scott Pruitt earlier this month. Canada has also said it will push forward regardless of the U.S.

India has long-emphasized that it must deal with its own development without necessarily prioritizing global warming, but since the election the country’s energy minister has said that the country will continue to push for clean energy. “India does not get affected or dictated in policy or direction by any other part of the world,” said Energy Minister Piyush Goyal in February. 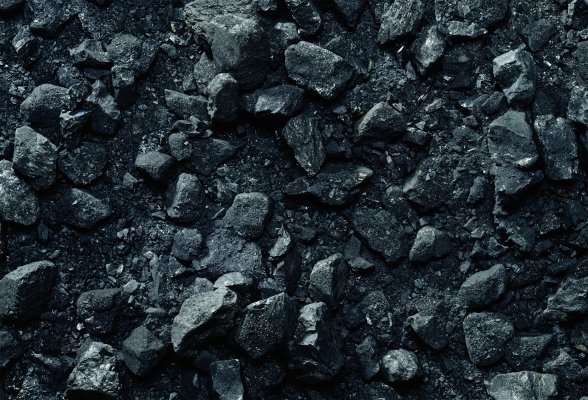 Trump’s Pro-Coal Orders Are Doomed to Fail
Next Up: Editor's Pick