Congressional Republicans have voted to scrap a series of online privacy protections approved during the waning days of the Obama Administration by the Federal Communications Commission (FCC). The rules, which were set to take effect in December, required Internet providers to obtain customers’ permission before collecting and sharing personal data on their web-surfing habits.

Without those protections, companies like Verizon, Comcast and AT&T will continue to be able to track customers’ online footprint, logging what sites they browse, what products they buy and what apps they use. Companies can then mine that sensitive data and sell it to marketers looking to deliver highly targeted ads. Tech firms like Google and Facebook already track similar data for their users. But Internet providers have a much broader ability to track what you do online.

Republicans in the House and Senate, who voted in near lockstep to overturn the rules, argue that the FCC’s restrictions were an example of regulatory overreach that inhibits business. But Democrats and privacy advocates say the move transforms the legal terrain for communications. Phone companies, for instance, are not able to sell information about calls to doctors or bankruptcy attorneys, because that information is considered the property of the person making the call. Online data, however, has become a commodity consumers cannot easily keep to themselves.

“Data is power,” Jeff Chester, executive director of the Center for Digital Democracy, wrote in a blog post opposing the move. “And that power should be in the hands of the people–not those that wish to financially and politically benefit by harvesting our information.” 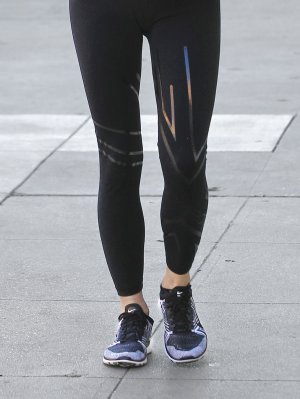 What Not to Wear Flying
Next Up: Editor's Pick