The Chrysler Building is reflected in the side of the Grand Hyatt Hotel in midtown Manhattan on March 3, 2017.
TIMOTHY A. CLARY—AFP/Getty Images
By Merrill Fabry

The route of the Post Road or King’s Highway is first traveled to deliver mail from NYC to Boston. Eventually stretching from Boston to Charleston, S.C., it was used by George Washington and General Cornwallis in the Revolutionary War.

The U.S. Constitution is ratified, giving Congress the power to establish post offices and post roads, along with the authority to regulate interstate commerce and provide for common defense and welfare.

Congress authorizes the first federally funded roadway: National Road. By 1818, mail coaches travel it between Maryland and Wheeling, W.Va., which is on the Ohio River, and by the 1830s it reaches Illinois.

Work begins on the Erie Canal. Completed two years ahead of schedule, in 1825, its 363 miles link western waterways to the Hudson River and Atlantic Ocean, allowing the movement of heavy loads at a tenth of the cost of going by road.

New York City’s horse-drawn omnibuses begin service, one of the first mass-transit routes. In 1832 a different NYC omnibus route uses rails in the street, making it an early kind of streetcar.

Chicago’s municipal sewer system was one of the first, along with those in Brooklyn and Jersey City, N.J., built in the same decade. But the major surge in sewer construction came 40 years later.

The transcontinental railroad is completed in Promontory, Utah, made possible by congressional grants of land right-of-ways. Cross-country travel time is greatly reduced–for those who can afford it.

Alexander Graham Bell’s first telephone transmission heralds the arrival of a technology that would be ubiquitous a century later, when 90% of U.S. households had a landline.

Chicago’s “L” train is the first electric elevated rail line and becomes one of the first rapid-transit systems in the U.S. In 1897 Boston’s underground rail tunnel was the nation’s first subway.

The Sanitary District of Chicago reverses the flow of the Chicago River to carry wastewater away from Lake Michigan, a source of the city’s drinking water.

Jersey City, N.J., is the first city to routinely disinfect its drinking water. In the decade that followed, other cities also implemented chlorination, filtration and purification systems.

College Park Airport in Maryland is one of the first airports. Created to train Army pilots, it remains in service.

The first federal gas tax is levied, of 1¢ per gallon, among a range of new taxes amid the Great Depression.

FDR’s New Deal provides $3.3 billion for the Public Works Administration. Other projects include the Rural Electrification Administration, wiring 288,000 homes by 1939 and the Tennessee Valley Authority.

The Hoover Dam–built by 21,000 people working for four years, at a total cost of $49 million–creates the largest man-made lake in the U.S. and provides power for Southern California, Nevada and Arizona–as well as a tourist lure.

The Interstate Highway System is established by Congress, which allocated $25 billion to build a 41,000-mile system over the next decade. Freeways were seen as a national-security issue, so U.S. forces could move swiftly cross-country.

The word infrastructure begins to be used to describe large-scale public projects. They were previously termed public works, but advocates worried the phrase had acquired a negative connotation of pork-barrel politics and corruption.

First segment of NYC’s Second Avenue subway opens to the public, almost a century after the project was proposed and decades after excavation began in the 1970s. The final cost was roughly $4.5 billion–far more than the projected budget. 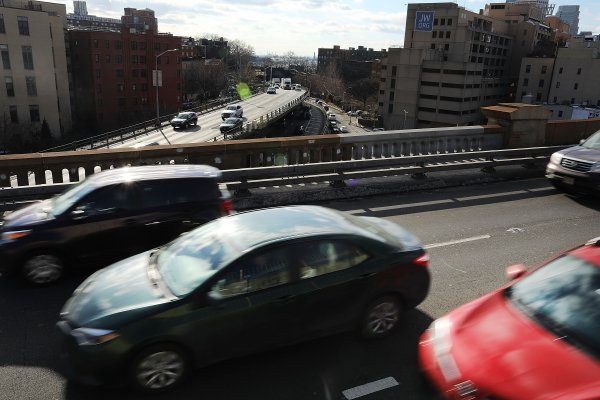 How to Really Fix America’s Infrastructure Problem
Next Up: Editor's Pick