Throughout President Obama’s eight years in office, he slowly but surely issued environmental regulations that, taken together, positioned the U.S. as a global leader in the fight against climate change.

Many of those policies may now be dismantled. On March 28, President Trump, accompanied by energy-sector executives and coal miners, arrived at the Environmental Protection Agency (EPA) and signed an Executive Order that dramatically shifts the direction of U.S. policy and curtails some of the most significant Obama-era regulations.

The order, billed by Trump as a measure to promote energy independence and create jobs, targets a slew of environmental measures, including the centerpiece of Obama’s efforts to reduce global warming, the Clean Power Plan, which mandates a 32% reduction in carbon emissions from power plants by 2030. Under Trump’s order, the EPA will review the policy with an eye to revising or replacing it. That could take years. Without it, states can still continue to move toward clean energy–but they will lose major federal incentives to do so.

“The action I’m taking today will eliminate federal overreach, restore economic freedom and allow our companies and our workers to thrive,” said Trump. “We are going to start a new energy revolution, one that celebrates American production on American soil.”

The move drew praise from energy interest groups that have long fought regulation, but it also ignited criticism from major environmental groups, the U.N. Environment Program and many lawmakers and politicians. “The Executive Order undercuts a key part of the nation’s response to climate change,” says Ken Kimmell, president of the Union of Concerned Scientists, “without offering even a hint of what will replace it.”

Trump’s changes are bound to take effect in fits and starts. The President’s lift of his predecessor’s moratorium on new leases for coal mining on federal land, for instance, will take effect immediately. And any rollback of the Clean Power Plan is sure to generate a multitude of lawsuits from the likes of environmental groups and state governments.

Critics of the order say that none of this should come as a surprise from a President who has called climate change a “hoax,” yet many of Trump’s supporters say it didn’t go far enough. Some had hoped that it would challenge the scientific consensus that carbon emissions contribute to climate change in the first place–the finding that underpins the Clean Power Plan.

Others complained that the order does not address whether the U.S. will remain in the Paris Agreement on climate change, which commits the U.S. to working to reduce greenhouse-gas emissions. A senior White House official said the global climate deal remains “under discussion.”

The order’s effect on jobs likely ranks highest on the list of concerns for the coal miners invited to share the stage with Trump. “You know what it says, right?” Trump vamped with the miners onstage with him before signing the order. “You’re going back to work.”

It’s not at all clear that coal jobs can come back. The industry faced headwinds even before the Clean Power Plan encouraged a move toward renewable-energy production. More than 200 coal-fired power plants have been shuttered over the past decade. In most places, coal is simply much more expensive than abundant natural gas, which is perhaps why last year, for the first time ever, natural gas unseated coal as the top source of U.S. electricity.

“No matter what any elected official says, rescinding commonsense climate change regulations … will not revive the coal industry or put thousands of miners back to work,” said former New York City mayor Michael Bloomberg in a statement.

Both the White House and groups that oppose the President’s plans heralded the signing as a milestone. While it certainly set American environmental policy on a new course, it’s likely to be a very long road. 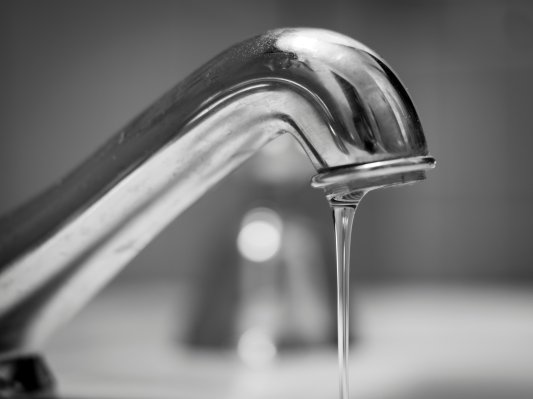 How to Put Your Bath Water to Good Use
Next Up: Editor's Pick