Review: In Five Came Back, the Film Greats Go to War

Before he made It’s a Wonderful Life, Capra bore witness to war.
Netfilx
By Stephanie Zacharek

When George Stevens, one of the great classic Hollywood filmmakers, put his career on hold to enter the service in 1943, the pictures he left behind included luminous entertainments like the Fred Astaire-Ginger Rogers musical Swing Time and Woman of the Year, the gingery comedy that brought Katharine Hepburn and Spencer Tracy together. When Stevens returned, he made some of the greatest films of his career, A Place in the Sun and Giant among them. But for some very specific reasons, he no longer had the heart to make the glancingly light comedies he’d become known for.

Five Came Back, Laurent Bouzereau’s superb three-episode documentary, adapted by Mark Harris from his equally terrific 2014 book, not only tells us why, but shows us. The film—available on Netflix beginning March 31, and also opening in select theaters in New York and Los Angeles on that date— focuses on five directors who left thriving careers to join the war effort, using their skills to make films for the U.S. government, often putting their own lives in peril in the process. In addition to Stevens, there’s Frank Capra, who left the world of romantic comedies (It Happened One Night) and civically minded entertainments (Mr. Smith Goes to Washington) to spearhead a series of films under the collective title Why We Fight, designed to win reluctant Americans over to the war effort. The perfectionist director William Wyler (The Letter, Jezebel) gave himself over to the unpredictability of documentary filmmaking, and even suffered partial but permanent deafness as the result of filming aboard a B-25 bomber. John Ford (Stagecoach, The Grapes of Wrath) set up the Navy’s Field Photo Unit, which recorded, among other wartime horrors, the Allies’ storming of Omaha Beach. John Huston left civilian life just after scoring a hit with his directorial debut, The Maltese Falcon (1941), and went on to make the affecting and groundbreaking documentary Let There Be Light, about the wrenching experiences of soldiers adjusting to postwar life.

Harris’ book is a lively, detailed work of scholarship, not just of Hollywood history but of the nation’s. The only drawback is that you can’t put film clips in a book. Bouzereau’s adaptation—narrated by Meryl Streep and featuring commentary from Steven Spielberg and Francis Ford Coppola, among others—brings the wartime work of these filmmakers into even sharper focus. To see clips of Wyler’s extraordinary 1944 documentary The Memphis Belle: A Story of a Flying Fortress, which recorded the 25th and final bombing mission of a group of B-17 pilots, is to get a sense of how entwined these directors became with their real-life subjects. Wyler kept in touch with these young pilots long after the war ended, and his wartime experience informed the picture he made just after the war ended, The Best Years of Our Lives, one of the most eloquent and bittersweet movies ever made.

The three episodes of Five Came Back run a little over three hours total, but the time goes by like a shot. This is largely, of course, the story about how a specific group of people were changed by war. But it also speaks to the more general experience of making any kind of art in troubled and troubling times. We’re all products of our environment and our experiences: what we do with them is up to us.

As for Stevens, he was head of a U.S. Army Signal Corps film unit that recorded the liberation of Paris and, as Ford’s unit did, the Normandy invasion. He was also among the first on the scene at Dachau. The devastating footage he shot there was screened at the Nuremburg trials as evidence. After that, Stevens locked it away in a warehouse, attempting to look at it again only in 1959, as he was preparing to adapt The Diary of Anne Frank. Five Came Back tells us that he went alone to a screening room to watch the footage, but could get through little more than a minute of it: “He drove it back to the warehouse, locked it up, and never looked at it again.” 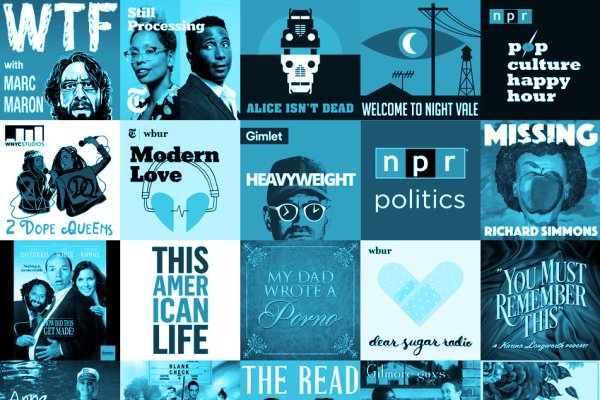 The 50 Best Podcasts Right Now
Next Up: Editor's Pick