Clean water is as vital to the nation as roads and bridges, but it’s a piece of infrastructure Americans tend to take for granted–until something goes wrong. The latest reminder came in the form of the water crisis in Flint, Mich., in 2015, during which thousands of residents were exposed to lead and other dangerous toxins. Plenty of cities rely on an aging network of lead pipes, however. The disaster in Flint emerged only after officials failed to properly treat the water supply itself.

While Flint may be a tragic outlier, water- and wastewater-treatment systems across the nation are far beyond their expiration dates and failing. East Coast cities like Philadelphia and Newark, N.J., routinely struggle with water-main breaks that disrupt the local economy, snarl traffic and leave residents without potable water. Regions in farm-heavy states like Iowa are grappling with how to prevent fertilizer runoff from leaching into municipal water supplies. And on the West Coast, states are staring down a future that could include both droughts and floods.

The Association of Metropolitan Water Agencies estimates that it would take more than $600 billion to properly fund dozens of water and wastewater projects across the U.S., including rehabbing existing systems and building new ones. The most urgent project may be in Miami-Dade County, Florida, where rising sea levels threaten to flood the 50-year-old wastewater systems that are already prone to large-scale breaks. Fixing the facilities, including replacing a treatment plant that dates from 1924, could cost as much as $13.5 billion.

Miami’s troubled system has plenty of company. Baltimore is still using a water-treatment plant that is more than 100 years old. In the Rust Belt, a region that tipped the Electoral College to Donald Trump, cities like Harrisburg, Pa., and Detroit need upgrades to sewer collection systems and treatment plants in order to stop sewage from overflowing during heavy rainstorms.

Others are dealing with an unpredictable climate. In Northern California, officials are trying to build a $3.5 billion reservoir project to provide water stability during both wet and dry years.

Nationwide, more than 100 cities are under federal or state environmental mandates to upgrade their water systems, but many lack both the funding and the political will for projects that are never glamorous and sometimes not even visible.

“It’s very hard to have a ribbon-cutting ceremony for a sewer,” says Adam Krantz of the National Association of Clean Water Agencies. Fixing the nation’s water systems demands finding a way. 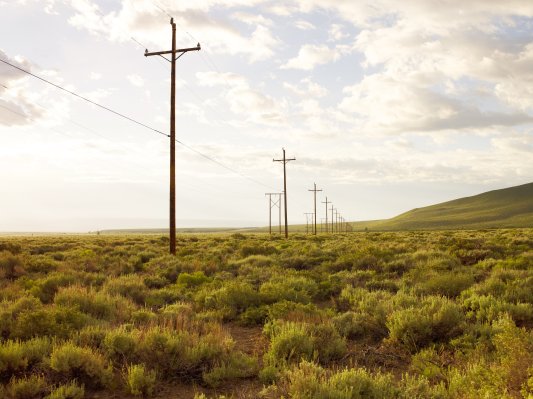 The Digital Divide: A Quarter of the Nation Is Without Broadband
Next Up: Editor's Pick