Photos of missing kids and teens, two of whom remain unfound, released by the D.C. police department.
Metropolitan Police Department (8)
By Maya Rhodan

When the Washington, D.C., police department began sharing pictures of the District’s missing children on social media earlier this year, its goal was simply to spread the word. Then the faces of more than two dozen black and Latino kids and teens began circulating on Twitter in March, and people took notice in a way the city’s police may never have intended.

Many in the capital’s black community were startled by the posts. Some grew infuriated, believing police had not done enough to respond to or to publicize what appeared to be a wave of disappearances. Activists saw a racial dimension to the apparent scarcity of news coverage of scores of black and brown youth vanishing, their names left unspoken. Outrage spread virally, as it tends to on social media. On Instagram celebrities shared posts about the case. “Missing girls” began to trend in search.

But the facts didn’t match. City officials say reports of missing kids in the District have actually fallen slightly from past years. Some of the children in the shared pictures have been found and many were runaways. Of the 549 missing-juveniles cases in the nation’s capital, all but 18 have been closed as of March 29. The National Center for Missing & Exploited Children says the number is on par with other major cities. “This is not new,” says Natalie Wilson of the Black and Missing Foundation, referring to the cases in D.C. “It’s happening in a lot of urban areas.” D.C.’s missing, unfortunately, merely reflect the status quo.

The police department’s decision to publicize missing youth may not have been an inherently political one, but it catalyzed a political response. As has been shown again and again in recent years, social media can be a vortex of outrage and commentary–sometimes well-intentioned but too infrequently fact-checked.

The same impulse to spread story lines the media purportedly ignores was evident elsewhere in Washington. At the White House press secretary Sean Spicer weighed in on a March incident in nearby Rockville, Md., where a 14-year-old student alleged that two of her male classmates had raped her in a bathroom at their high school. The story had gone viral on conservative websites, which noted one of the young men is an undocumented immigrant. “Part of the reason the President has cracked down on illegal immigration,” Spicer said, “is because of tragedies like this.”

It didn’t matter to the White House that data shows immigrants are less likely to commit violent crimes than American-born citizens. From the start of his campaign, Donald Trump has sold supporters on the idea that he will stamp out an epidemic of immigrant crime. One of the regular features of his campaign rallies was sharing the stories of victims. And among Trump’s first acts as President was to establish a new division in the Department of Homeland Security, the Victims of Immigration Crime Engagement office, which will produce weekly reports of crimes allegedly committed by undocumented immigrants. Providing the public with brutal stories helps Trump’s case that there is a problem his policies will solve.

On any given day there is simply too much tragedy for it all to make the news. Institutions must decide what to highlight, and those decisions have consequences. While Spicer chose to elevate the Rockville case, he ducked a reporter’s question about a 28-year-old white supremacist who, by his own account, fatally stabbed a 66-year-old black man in New York City on March 20 to deter white women from dating black men.

Of course, Washington’s missing children matter. Activists have legitimate grievances about the way the police often treat communities of color, and their criticism about media coverage of missing people was well founded. A recent study in Northwestern University’s Journal of Criminal Law and Criminology found that missing-persons cases involving white women receive more coverage than cases involving black women. One reason people shared the story of D.C.’s missing girls was to address that imbalance. And the outcry had consequences: Mayor Muriel Bowser announced six new programs designed to improve the District’s response to missing youth. Said Bowser: “One missing young person is one too many.” 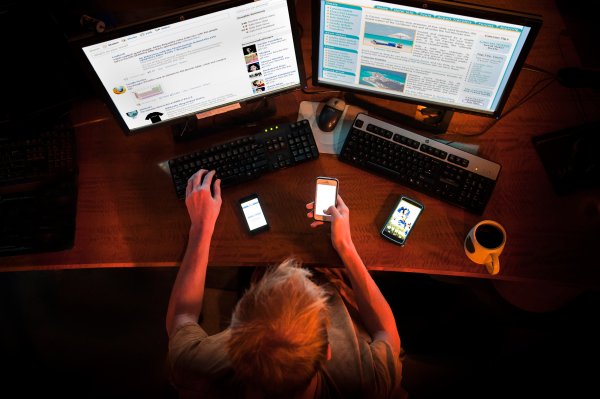 GOP Rolls Back Online Privacy Rules
Next Up: Editor's Pick