Comey is the dinner’s guest of honor and will discuss the “strategic importance of the FBI’s role within the Intelligence Community and his vision for the Bureau in 2017 and beyond,” according to event’s webpage.

Comey has become a major public figure over his agency’s investigation of President Donald Trump and his administration’s ties to Russia. On Tuesday, U.S. Rep. Devin Nunes (R-Calif.), Chair of the House Intelligence Committee, invited Comey to testify again before House investigators regarding Russia’s alleged interference with the 2016 presidential election.

Comey’s speech is scheduled for 8 p.m. Eastern. Watch it live in the player above. 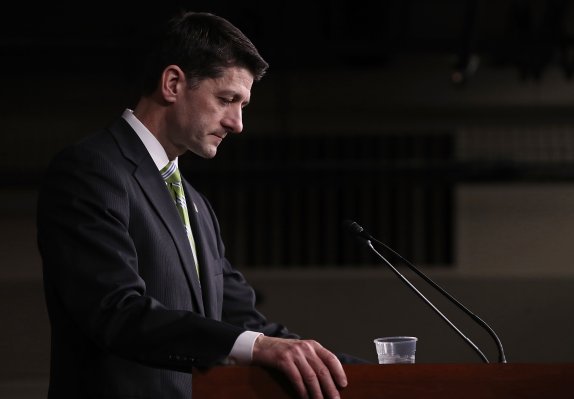 5 Big Decisions Republicans in Congress Have to Make
Next Up: Editor's Pick