Since she was introduced to us nearly 20 years ago as Posh Spice, Victoria Beckham has been known for not smiling, with Beckham showing a straight if severe face to the public instead. The Spice Girl explained her signature scowl in an interview with T Magazine in 2013, when Beckham explained that she smiles in family portraits but not for the paparazzi.

“When you’re in a position to be paparazzi-ed just walking down the street,” she said. “You’d look a little daft if you were smiling all the time.”

However, it looks like Beckham is willing to poke some fun at her serious visage for a hilarious fashion statement. Spotted at LAX on Tuesday, Posh sported a t-shirt that wryly declared “Fashion Stole my Style.”

This isn’t the first time that Beckham has used her subtle sense of humor to address her non-smiling; during Vogue’s 73 Questions“,” she told the publication that she was “smiling on the inside. I feel that I have a responsibility to the fashion community.” 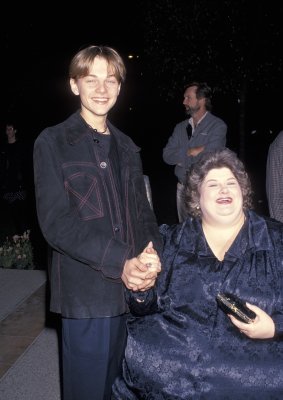