Gordon Ramsay tries a lot of food as a Michelin star-winning chef and judge on shows like Hell’s Kitchen and MasterChef. But there is one type of cuisine the famed restaurateur won’t ever touch.

In an interview with Refinery 29, Ramsay revealed his serious distaste for airplane food.

“There’s no f—ing way I eat on planes,” Ramsay said. “I worked for airlines for ten years, so I know where this food’s been and where it goes, and how long it took before it got on board.”

“No one has ever felt better after eating plane food,” Bourdain told Bon Appetit. “I think people only eat it because they’re bored. I don’t eat on planes. I like to arrive hungry.” 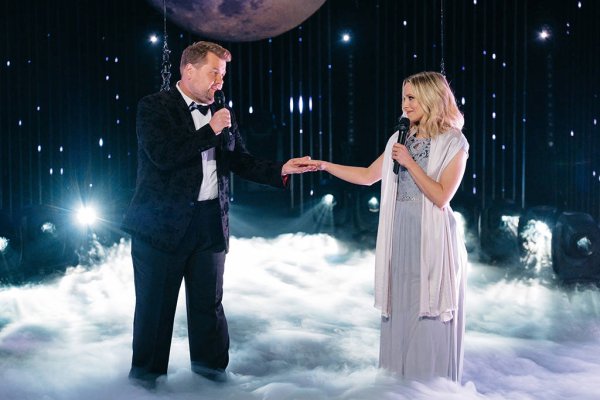 Watch Flying Kristen Bell and James Corden Flunk This Duet in the Air
Next Up: Editor's Pick