Matt Damon clearly has only good things to say about his longtime friend Ben Affleck.

While promoting his upcoming film Suburbicon at CinemaCon, the 46-year-old actor praised Affleck’s devotion to parenting since completing rehab for alcohol addiction earlier in March. “[He’s] fantastic,” Damon told Entertainment Tonight. “He’s with the kids now, couldn’t be happier. Jen’s working for a couple weeks in Atlanta, so he’s Mr. Mom-ing it right now. And that’s what he wants to be doing.”

Of course, speaking up for his friend was probably the least Damon could do after Affleck stood diligently by his side while he was subjected to repeated taunts by Jimmy Kimmel at the 2017 Oscars. 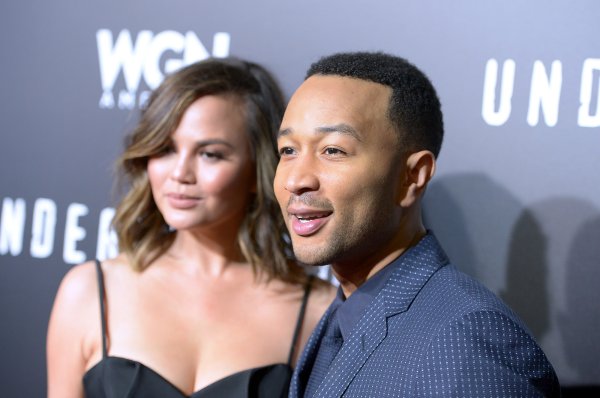 Watch John Legend Surprise Fans With an Impromptu Concert at a Train Station
Next Up: Editor's Pick