This Is How Bipartisan Health Care Reform Could Actually Happen

Paul Ryan answers questions at a press conference at the U.S. Capitol after President Trump's healthcare bill was pulled from the floor of the House of Representatives, on March 24, 2017 in Washington, DC.
Win McNamee—Getty Images
Ideas
By Farzad Mostashari

One of the most consequential health care bills in decades was to be voted on in the House. It would affect nearly every American. It was supported by Paul Ryan and the relevant Committee chairs and opposed by House Freedom Caucus partisans — Reps. Mark Meadows, Jim Jordan, Justin Amash and Dave Brat, cheered on by Senate hardliners.

But in this instance, the Freedom Caucus opposition would be of little consequence. The bill passed the House by an overwhelming bipartisan vote of 392-37. It sailed through the Senate two weeks later with 92 Senators voting in favor, and was signed into law by the President.

This is not science fiction; the bill, called the Medicare Access and CHIP Reauthorization Act (MACRA), passed two years ago. It was cosponsored by Democratic stalwarts, and had been carefully put together by senior staffers working together over the prior year.

In the aftermath of the disastrous American Health Care Act of 2017, is there still room for bipartisan cooperation on healthcare? Despite all the breathless blow-by-blow accounts of arm-twisting and vote-getting, the true lesson of this failure is that policy matters, perhaps even more than politics. The bill was rushed and poorly drafted. It achieved no pressing national purpose other than large tax cuts for the wealthy — at the expense of older, sicker, and low-income Americans.

The prospects of bipartisan cooperation on healthcare seem dim today. But under the right set of circumstances, we might again see an opening for carefully crafted policy that addresses the real and serious healthcare challenges facing Americans.

First, a majority of lawmakers should be able to agree on the need to ensure basic health coverage for all Americans, a goal that President Trump repeated countless times on the campaign trail. Republican Senators Bill Cassidy and Susan Collins have suggested an intriguing alternative to the unpopular individual mandate: individuals who are eligible for subsidized coverage but fail to sign up would be automatically enrolled in a plan by default. This and some well-understood technical tweaks could restore the health of the individual insurance marketplaces.

States would be allowed to set up their own approaches as long as they promised similar results at the same cost. The most cost-effective way for states to cover the uninsured is through Medicaid, and expanding the program might even reduce premiums for people on private health insurance. As Kansas and North Carolina have shown, there are plenty of ways to encourage Medicaid expansion in states that have not yet accepted it.

Second, in addition to moving the insurance dollars around more effectively, we must also seriously address the root cause of high premiums and deductibles — the high cost of health care.

Legislators can build on the MACRA consensus and move towards smarter payments — based on better patient outcomes and efficiency. Policymakers can encourage private payers and State Medicaid agencies to adopt the types of innovative reforms spearheaded by Medicare. They can reduce regulatory constraints on hospitals and physicians that enter these “value-based” arrangements and expand the role of patients. They can bring competitive bidding to high-priced pharmaceuticals and ensure that the prices we pay for new drugs are based on the value that they deliver.

Finally, we need to bring real competition into healthcare. There is broad agreement that healthcare markets are not functioning very well to improve quality and reduce costs, mostly due to excessive consolidation and local monopoly powers. A competition policy for healthcare would curb the payment policies and regulations that are driving independent physician practices into employment. It would limit the ability of dominant health systems to demand extortionist prices from health plans and patients regardless of quality. And it would ease the path for new entrants like telehealth providers or innovative health plans.

Each of these provisions will have stakeholders who benefit and those who don’t. But everyone will have something to gain by engaging in the process. Legislators and their staff could skillfully blend in provisions to bring in additional votes — like tort reform or repealing certain healthcare taxes. They could ensure that the expenditures in the bill are balanced by savings elsewhere (like not over-paying for hospital outpatient procedures). Putting a cap on tax write-offs for very expensive health policies will garner the support of nearly all health economists.

Taken together, these measures would decrease the number of uninsured Americans. They would make healthcare more affordable. They would finally let private market competition work to improve the quality and cost of our healthcare system. That would be something truly terrific.

Mostashari is the Founder and CEO of Aledade, Inc. and former National Coordinator for Health Information Technology at the US Department of Health and Human Services. 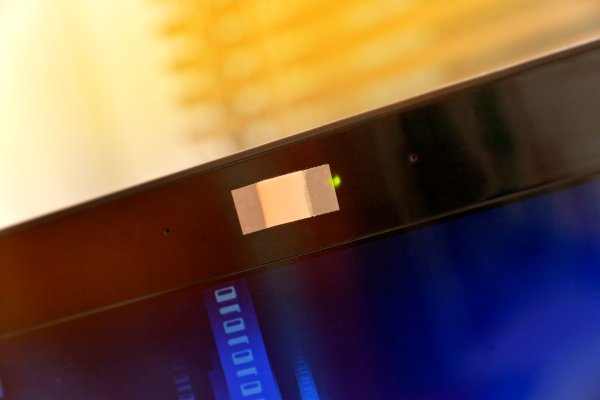 Teenagers Already Know the Key to Protecting Your Privacy
Next Up: Editor's Pick