Pearl RearVision
Pearl RearVision
By John Patrick Pullen
Each product we feature has been independently selected and reviewed by our editorial team. If you make a purchase using the links included, we may earn commission.

It’s been more than two years since I upgraded my two-door Jeep Wrangler for a more family-friendly four door model — though you wouldn’t know it by looking at my tires or rear bumper. Every time I parallel park in front of my house, I lose another chunk of rubber to the curb as I try get my longer car saddled up closer the sidewalk. And the neighbors — good people that they are — have begun protecting their nice new Honda by parking a beat-up Toyota between my rear end and their preferred ride.

But recently, I found a solution. And it doesn’t involve brushing up with a driver’s ed class.

Pearl RearVision is an aftermarket back-up camera, letting me see behind my Jeep without any wiring or professional installation needed. Streaming video from a small yet sensor-packed license plate frame to my phone, the RearVision works fast and consistently. It’s just like a factory-installed camera, except you can easily take it with you when you buy a new car, or when you’re driving a loaner.

The RearVision, made by a team of former Apple staffers, smartly turns your phone into an automotive accessory thanks to intuitive design and an impressive amount of polish. Pearl advertises a 10-minute installation, and even with my unconventional Jeep setup — Wrangler plates are on the vehicle’s left-hand rear, requiring an additional bracket that Pearl supplies — it didn’t take much longer than that.

RearVision comes with a magnetic air-vent phone dock. Placing an Android phone there will launch Pearl’s app automatically, while iPhone users will get a pop-up notification. When the app opens, the phone connects with RearVision’s ODB-II dongle, a little computer that serves as the brain of the system and connects to your car’s diagnostics. The dongle packs an eight-core processor that performs tasks like measuring the distance between your car and an object, calculating your vehicle’s speed, and detecting obstacles. This data is seamlessly slung back and forth between the frame, dongle, and your phone via Bluetooth and Wi-Fi, letting you use the video feed when parking, but not driving.

The camera frame, meanwhile, has a pair of HD cameras that combine to offer 180 degrees of view, along with a night vision mode. A solar panel is integrated into the frame to power the unit. In my four weeks of cloudy Pacific Northwest weather, I never noticed the battery life so much as flinch when I needed to use it. And the best part: The cameras are so small, nobody will notice the difference.

The RearVision smartly integrates your phone into the driving experience. By mounting your phone on the dashboard or air vent, it provides the perfect spot for a rear-facing video feed. And Pearl’s app offers big icons to make it easy to jump between apps like Apple Music, Spotify, Apple Maps and Google Maps without having to hit the home button and navigate around your phone, helping you keep your eyes on the road.

Then, of course, there’s the backing up. You can orient your phone in either portrait or landscape on the dock, with both modes providing different views. Landscape generally gives you a wider view. Portrait provides two images, including a zoomed-in look and a fisheye perspective. On-screen controls let you reposition the camera to look around, which is neat, but not all that helpful when you’re stressed over driving backwards.

But the impact warning alerts are excellent, both sounding an alarm and casting a ripple-like effect over the screen originating from the object you’re in danger of bumping. Optional visual guidelines can help you park and avoid banging into the bumper behind you. (You’re welcome, neighbors!) This tool is particularly smart, because unlike conventional dash cams that put an overlay on the video signal, RearVision senses the distance between you and objects behind you, shortening the guidelines dynamically as you park.

For $499, the RearVision might seem like an expensive aftermarket add-on. But that’s only because car stereo installers offer lesser backup cameras for $99 when you buy a new head unit. Still, that’s often a dishonest price, because they almost always hit you with unexpected fees for brackets and other fittings before they finish the job. The reality is RearVision is a good pick because it’s software upgradable and you can take it with you into your next ride. That makes it a great idea in particular for people who lease, who can buy one without ever having to look back. 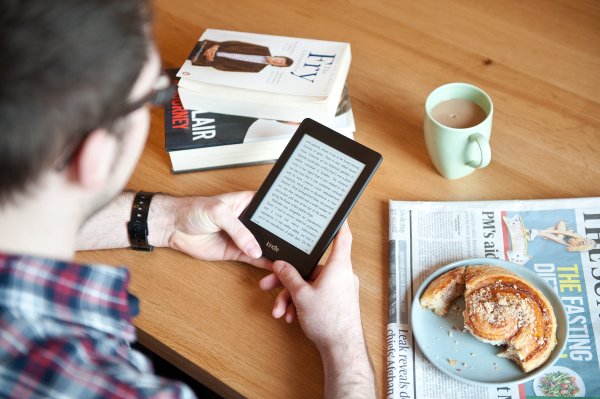 You Can Get a $50 Discount On An Amazon Kindle Right Now
Next Up: Editor's Pick