Cambodia Has Banned Exports of Human Breast Milk to the U.S.

Milk bottles are pasteurized during after the donation of human milk at Medellin's General Hospital on Aug. 20, 2014, in Medellin, Colombia
Raul Arboleda—AFP/Getty Images
By Joseph Hincks

Cambodia’s Cabinet has ordered the country’s Health Ministry to “immediately prevent the purchasing and exporting of breast milk,” after reports that impoverished mothers were selling their milk to supplement their incomes.

The order, issued in a letter seen by Agence France-Presse (AFP), stated, “Although Cambodia is poor and [life is] difficult, it is not at the level that it will sell breast milk from mothers.”

It follows a temporary export ban the Cambodian government put on a Utah-based company called Ambrosia Labs earlier this month. Ambrosia — which claims to be the first company to source breast milk from overseas — reportedly purchased milk from women in Cambodia’s capital Phnom Penh, brought it to the U.S. for pasteurizing, and then sold it to American mothers at $20 per 5-oz. (150 ml) pack.

The company has previously stated in interviews that its business provided vital extra income for Cambodian mothers and encouraged them to continue breastfeeding, while helping to fill milk shortages in the U.S.

“It had helped our livelihood a lot,” a 30-year-old mother who formerly sold milk to Ambrosia Labs told AFP after the initial temporary ban was announced.

Critics of the controversial practice said it encouraged poor women to sell their milk, instead of give it to their babies, according to the BBC. UNICEF said in a statement that the trade was “exploiting vulnerable and poor women for profit and commercial purposes.” 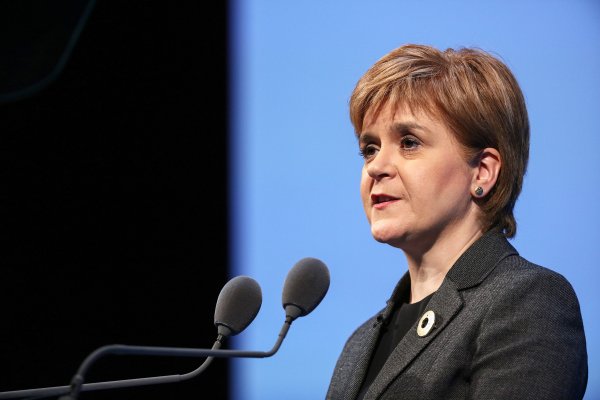 Scotland Independence Referendum in Works After Vote
Next Up: Editor's Pick