Rep. Mark Sanford: 'I Believe My Party Faltered' In the Healthcare Debate

Since Republican efforts to repeal the Affordable Care Act (ACA) have stalled, we have a chance to carefully consider what went wrong and what might come next. Allow me a few suggestions.

One, give this debate the time it deserves. I’m not a wine drinker, but they say great bottles of wine need aging, and healthcare represents a most precious bottle for Americans. In fact, third world despots dictate, while in America we legislate. The back-and-forth built into hearings and legislative cajoling allows an idea to “bake,” as it’s transformed into law. This was skipped with the American Health Care Act debate, which was given just 17 legislative days before the intended vote last Friday. In contrast, the debate surrounding Medicare Part D saw 166 legislative days. The ACA saw 187 legislative days… and was still dubbed as “rushed” by Republicans at the time.

Two, remember that people don’t care how much you know as long as they know how much you care. I believe my party faltered here in this debate. Avoiding the people you represent seems hardly the formula for signaling empathy or a desire to learn. I had seven town hall meetings over the time of this debate, and while some were a bit rowdy, I learned a lot. Most importantly, I saw how it’s vital we get this right. Washington has treated healthcare in partisan terms. Democrats passed the ACA on a party line vote; Republicans were going to return the favor. It’s time for something different.

Three, it’s equally important that we keep the debate on healthcare — on healthcare. We shouldn’t rush a bill because it helps with the next one or to simply check the healthcare box. (This bill happened to have a 1 trillion dollar “pay for” that would be most helpful in the upcoming tax debate.) Nor should we rush it because it’s seen as a momentum builder for the new administration. Implications on Republicans’ ability to govern is not an advocacy point that sells on healthcare, and people have an innate sense on intentions.

In crafting a bill and what comes next, I believe that there are many key tenets — and they happen to be found in a bill that Senator Rand Paul and I have offered. Here are a few:

One, we have to make affordable insurance legal again. The ACA prohibited this. Things like essential health benefits and community ratings found in Title I represented central wiring in its construction. They were well-intended but fatal flaws because they drove up the cost of insurance for most in the individual insurance marketplace. They prevented insurance from being insurance. If you were required to buy a $1.5 million policy for your $200,000 home, would you buy the policy? In the case of healthcare, millions of young people said no, and this proved to be the fatal mathematical flaw in the ACA. Good insurance is insurance that works for you. Let people buy what works for them.

Two, our healthcare needs will stretch well beyond a job; as such, it should be portable. Who would have thought a historical event would become a driver in today’s health insurance market? Yet that’s the case. In an effort to circumvent the wage and price controls of World War II, health insurance and employment were coupled. This is not so with the other things we insure, and along with keeping people with a boss they don’t like, it brings with it many marketplace distortions.

Three, recognize the ways in which our bodies are simply temporary homes for our soul. They wear out and some of what they need is routine maintenance. In other cases we renovate from a flood or a fire. Health savings accounts allow us to save for the routine. You wouldn’t buy insurance to replace filters in your home, but you would buy it to cover for a fire.

The healthcare debate has changed because of the ACA; there is already consensus in maintaining coverage for preexisting conditions or staying on a parent’s plan. But it’s now time for another change so people have more choice, the marketplace is included, plans are sustainable, and insurance can once again be insurance. 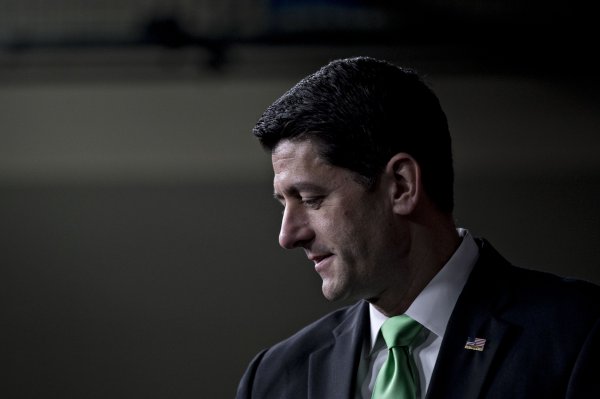 How the GOP Healthcare Bill Threatens Children
Next Up: Editor's Pick