The Olympic rings is seen in Gangneung town, near the venue for the Speed Skating, Figure Skating and Ice Hockey ahead of PyeongChang 2018 Winter Olympic Games on February 8, 2017 in Gangneung, South Korea.
Chung Sung-Jun, Getty Images
By Jennifer Calfas

The 2018 Winter Olympics are set to take place in Pyeongchang, South Korea next year from Feb. 8-25. The network’s decision to expand its live coverage means no more spoilers on social media or delayed airings for popular events. Primetime coverage of the events will air simultaneously starting at 8 p.m. ET, 7 p.m. CT, 6 p.m. MT and 5 p.m. PT, according to The Los Angeles Times, which first reported the network’s announcement.

“Nothing brings America together for two weeks like the Olympics, and that communal experience will now be shared across the country at the same time both on television and streaming online,” said Jim Bill, president of NBC Olympics Production & Programming, in a statement.

Bill continued: “That means social media won’t be ahead of the action in any time zone, and as a result, none of our viewers will have to wait for anything. This is exciting news for the audience, the advertisers and our affiliates alike.”

More details bout the programming for the 2018 Olympics will be revealed closer to the games, the spokesperson said. 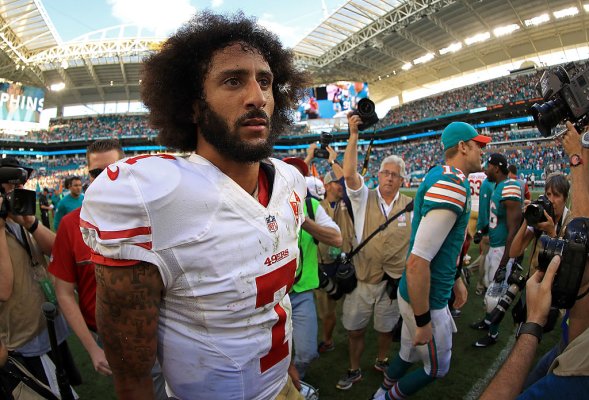 Colin Kaepernick Donates $50,000 to Meals on Wheels
Next Up: Editor's Pick