We Need to Prepare for the Inevitable: When Terrorists Leave Prison

Mohammed Hamzah Khan in an undated passport photo provided by the U.S. Attorney's Office. In Illinois, prosecutors recommended a five-year sentence for Khan, who pleaded guilty to trying to join militants abroad.
U.S. Attorney's Office/AP
Ideas
By Eric Rosand
Eric Rosand is Executive Director of the Prevention Project and a former senior counterterrorism official at the State Department

As President Trump enters the third month of his presidency, questions continue to swirl around what his strategy will be for defeating the Islamic State in Iraq and Syria (ISIS). There is even less indication of how the President plans to deal with terrorism at home. So far, we have tweets but few answers.

That said, domestically, we can anticipate the FBI receiving additional resources to go after suspected terrorists — adding to the more than 900 active investigations across all 50 states — and the Department of Justice (DOJ) aggressively prosecuting individuals under the broad “material support” to terrorism statute. Adding more convicted terrorists to the U.S. prison rolls will no doubt appeal to the President’s base.

However, if past is prologue, most of those will not be high-profile inmates serving life sentences for plotting or carrying out attacks such as Zacarias Moussaoui (direct links to 9/11) or Dzhokhar Tsarnaev (one of the Boston Marathon bombers). Instead, like the overwhelming majority of the more than 450 convicted terrorists currently in jail in the United States, most will be charged with lesser, non-violent offenses and serve sentences of 13 years on average. Given that the average age of those charged with ISIS-related crimes is only 27, this means that they will be released in the United States with decades of life to live. This raises a critical and but little examined question regarding U.S. counterterrorism strategy: what is being done in U.S. prisons to prepare this growing and unique segment of the prison population for re-entry into society?

According to a recently released bipartisan report on countering violent extremism at home, not much. In fact, according to the study, “there are no terrorist disengagement or rehabilitation programs within the Federal Bureau of Prisons (BOP).” Rather, the BOP has “been content to apply whatever programs it has in place for the general criminal population to the population of terrorism-related convicts.” Nothing is tailored to the context of ideologically driven terrorism and participation in the generic programs remains entirely voluntary. This led John Carlin, the former head of the DOJ national security division to wonder “what happens when [convicted terrorists] start getting out?”, noting that while there are specific programs for drug addicts and gang members, no such programs exist for perhaps the most high-profile segment of the prison population.

All this, despite the fact that internationally, the United States has been at the forefront of a global effort over the past five years to encourage governments to develop programs tailored to the rehabilitation and reintegration of terrorist offenders into society upon their release from prisons. This effort has been driven by a number of factors including a recognition that prisons can be a setting where positive change can occur as violent extremists are cut off from their old networks and influences, that they may have distinct needs and motivations and present risks different from other prisoners, and the obvious one that those terrorism offenders will leave prison at some point and need to be disengaged prior to that date.

In 2012, the United States, drawing on lessons learned from a small number of programs – including in Saudi Arabia and Singapore, as well as the U.S. —designed programs in Afghanistan and Iraq – spearheaded the development of the first-ever set of global best practices on this issue, which were codified by the Global Counterterrorism Forum.

This framework calls for the specialized training of prison staff and the involvement of a diversity of experts and professionals, including psychologists, family members, religious scholars, victims of terrorism, prominent community members, and even “formers”. The document also recommends making available tailored assistance and other support for terrorist inmates, including cognitive skill training, mental health support, basic education courses, and vocational and employment assistance, as well as putting in place appropriate post-release programs. Since 2012, the State Department has spent well over ten million dollars to help countries confronted by a rapid increase in the number of convicted terrorists inside their jails, including Indonesia, Kenya, and The Philippines. It has even invested in strengthening the networks and capacities of local actors across the world, such as religious leaders, family members, social workers, victims, and teachers to engage in terrorism offender rehabilitation and reintegration efforts. Yet, Washington has not made similar investment at home. Expanding support for these international efforts and jump-starting similar efforts at home should be a priority for the new Administration. While the President might prefer to focus on “tough talk” about shipping captured terrorists to Guantanamo this won’t address a real world problem: terrorism convicts are coming out of prisons and we need to ensure we are doing whatever possible to prevent them from getting back together with old friends or networks.

One of the legacies of the United States’ response to the attacks of September 11th has been to develop specialized capabilities to deal with terrorism, whether on the battlefield, among intelligence services, on the streets, or in the courtroom, based on the unique set of threats that political leaders and national security experts alike continue to assert it poses. These investments have helped prevent another large-scale terrorist attack on in the United States. For a President whose number one priority is keeping Americans safe from terrorism, he would be wise not to ignore one of the few remaining – albeit often overlooked – counterterrorism gaps in the United States and, drawing on the international best practices the State Department has championed, “develop full-fledged rehabilitation and reintegration programs” for terrorist prisoners that are reentering society. This is particularly urgent given that over 100 terrorist prisoners are due to be released over the next few years.

Rosand is the Director of the Prevention Project and a member of the Washington Institute on Near East Policy’s Bipartisan Study Group On Countering Violent Extremism. 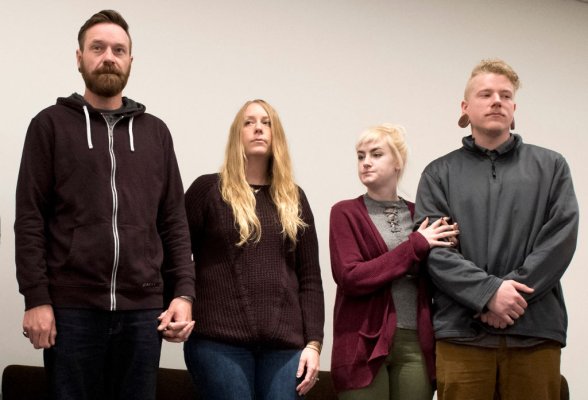