Alec Baldwin on the Meeting His Comedy Soul Mate Tina Fey: 'I Fell in Love'

Alec Baldwin’s working relationship with 30 Rock producer, writer, actor, and comedy queen Tina Fey is one of the great platonic love stories of TV comedy. But according to a new cover story in Vanity Fair, Baldwin didn’t always feel just friendly towards Fey. In fact, when he first met her at an SNL rehearsal, it was more like love at first sight.

“When I first met Tina Fey—beautiful and brunette, smart and funny, by turns smug and diffident and completely uninterested in me or anything I had to say—I had the same reaction that I’m sure many men and women have: I fell in love,” he explains in the piece, which is excerpted from his book, Nevertheless: A Memoir. But when he asked an SNL coordinator if Fey was “single,” but he was woefully disappointed.

“She pointed to a man sitting along the wall. Or maybe he was standing? This was Jeff Richmond, Tina’s husband. Jeff is diminutive. Tina describes him as ‘travel-size.’ When I saw him, I thought, What’s she doing with him?” Baldwin later came to respect Richmond and understand their relationship, although it took him a few years.

And it turns out Fey isn’t the only leading lady in comedy Baldwin’s had a big crush on. The other: Will and Grace‘s Megan Mullally.

“I have always been madly in love with Megan Mullally,” he dishes. “Megan is such an original in terms of her timing, her warmth, and her mixture of insanity and sexiness… But with her high-pitched voice and loopy delivery, I’ve always found Megan irresistible.”

Baldwin is also cautious about calling himself a comedian. “If people think I can say a line in a way that gets a laugh, I’ll take it. But I’m not funny. The SNL writers are funny. Tina Fey is funny. Conan O’Brien is funny. You’re only funny if you can write the material. What I do is acting,” he writes. 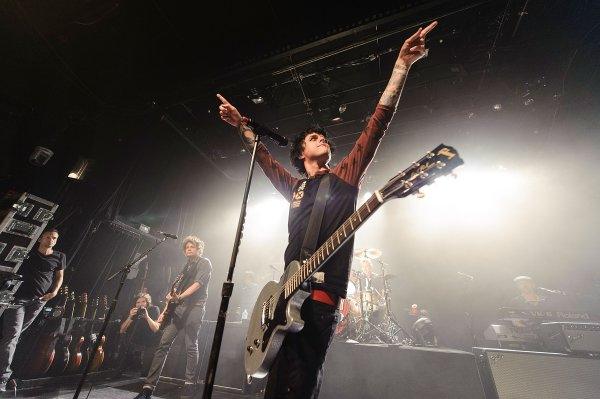 Green Day Has Hope for the Future "Harry Potter Generation"
Next Up: Editor's Pick